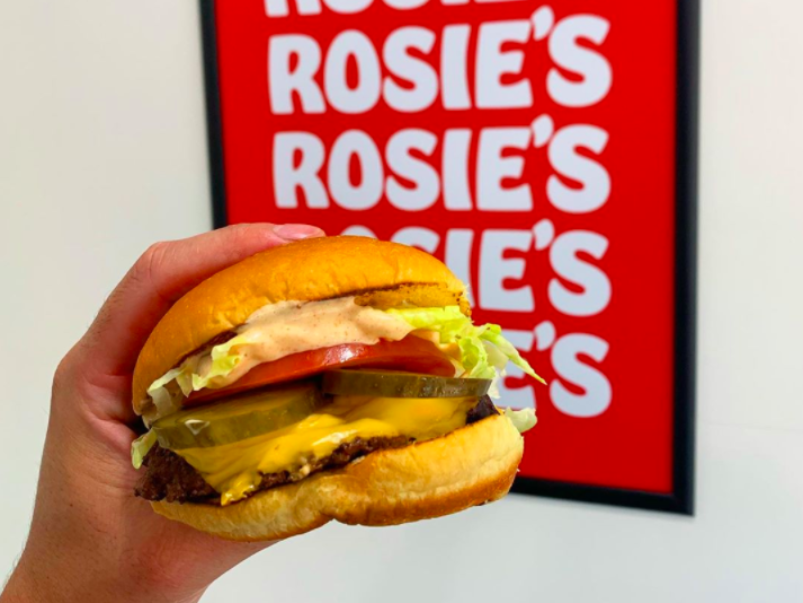 Whitby is rapidly emerging as an epicurean hub of Durham Region, which means plenty of great takeout options. Here, some of our go-tos, from novel pizza-calzone hybrids to classic French and Greek.

Nicole Morais and Jeremy Black craft addictively fluffy brioche-style doughnuts in a range of styles from fritters to old-fashioneds. Some fan favourites include Ferrero Rocher, creme brulée and vegan matcha raspberry. The best game plan here is to order one of their half-dozen boxes (in regular or vegan) so you can sample a bit of everything. Pre-order online for next day pick-up. 102 Lupin Dr., cravedoughnuts.com

This longstanding barbecue joint is owned by Darryl Koster, who competed in the U.S. barbecue circuit for nearly two decades before bringing his recipes and creations to Whitby. Finger-licking-good favourites include his slow smoked back ribs, the beef brisket and seasoned chicken wings. You can also buy Buster’s proteins and more online for a DIY barbecue night at home. #7-2001 Thickson Rd. S., busterrhinos.com

This fine-dining spot is currently offering a takeout menu that includes some of the restaurant’s most popular dishes: the Chatter Rib (braised beef back rib with Moroccan spices), jerk chicken with coconut basmati rice and seafood linguine in a tarragon-dill cream. Chef James Thomas-Chatterpaul is also offering take-out dinners for two ($65) which include an appetizer to share, two entrées and a shared dessert (his banana cheesecake is the thing to get). Wine, cocktails and beer are also available for curbside pick-up. 3500 Brock St. N., 905-665-7575, chatterpauls.com

Since 1989, the Koukidis family has been churning out their famous cheese saganaki, decadent dips (hummus, ktipiti, tzatziki) with fresh pita and gyros. Heartier entrées include the Tycoon (a smorgasbord of roast lamb, moussaka, chicken and pork souvlaki, dolmades) and exohico (braised lamb stuffed with feta and dill, wrapped in crisp phyllo pastry). And don’t pass on the house-made baklava. There are also barbecue-ready skewers and shish kebabs if you want to DIY, and family-style packages with all the fixings. 1101 Brock St. S., 905-668-0778, greektycoon.ca

Typically, executive chef Paul Sojo offers a field-to-fork dining experience from his restaurant inside Durham College’s W. Galen Weston Centre for Food. Currently, he and his team are offering family-style to-go meals, freezer-ready food and other pre-packaged treats, like charcuterie and cheese platters (with or without a bottle of wine). 1604 Champlain Ave., 905-721-3312, bistro67.ca

Chef-owner Marco Caveglia grew up in Tuscany where he attended the Scuola Italiana Pizzaioli, before moving to Canada in 2012 and opening up his own pizzeria. Some of his most popular pies include the fiery El Diablo (mozzarella, Calabrese salami, jalapeño peppers, chili flakes, hot sauce, black pepper, spicy oil); Pepe the Skunk (tomato sauce, mozzarella, gorgonzola) and La Foresta (truffle paste, mushrooms, Italian sausage). The pizzeria also offers calzones, and two unique pizza creations: a Covaccino (like a crispy calzone) and something called an Olimpo (half pizza, half calzone). If you have room for dessert, order a La Bomba crepe stuffed with a mixture of Nutella, peanut butter and condensed milk. 110 Dundas St. W., 905-493-5500., tuscanwolfpizzeria.ca

For almost three decades, this family owned and operated bistro has been delighting diners with their classic French fare: pâté, escargot, boeuf bourguignon, moules frites. There are also seasonally inspired prix-fixe menus for lunch and dinner, as well as brunch favourites (bonjour, Croque Monsieur). A menu for the kiddos is also available. 117 Brock St. N., 905-668-8839., nicebistro.com