Despite losing two starters, defending champions the Toronto Raptors are not giving up on their dreams of a second NBA title, says general manager Masai Ujiri.

Sync NBA fixtures to your phone

Sync your team’s 2019-20 NBA schedule, plus NBA Saturdays and NBA Sundays, to your phone’s calendar

Leonard and Green departed in free agency in the offseason, and at the 2019 media day on Saturday, Ujiri and coach Nick Nurse acknowledged it is a time of transition for the champions, who enter their 25th season in the NBA. 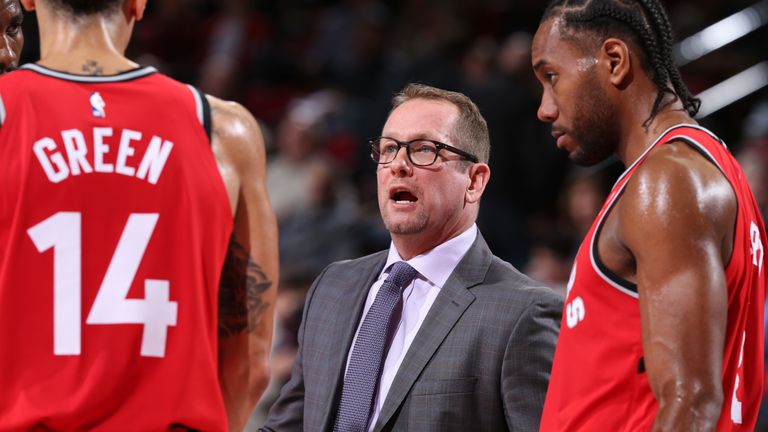 “As you look at our roster, you realise there’s a couple of starters missing from that team,” Nurse said. “There are opportunities to take on new identities, expand roles – maybe take on new roles.”

Ujiri said the team’s offseason changes are part of the nature of the NBA.

“I can’t sit here and trade DeMar [DeRozan], then Kawhi leaves us, and be upset,” Ujiri said. “That’s just the nature of the business. We understand it and we move on as an organisation.”

More on this story

“I think there are many bright spots with our team. Whether it’s our veteran players, whether it’s our players coming up and the younger group that we are developing. We are always going to be a developing team,” Ujiri said.

“We go in confident about who we are as a team and we’re excited about the flexibility that we are going to have in the future – picks, young players and we’ll go from there.” 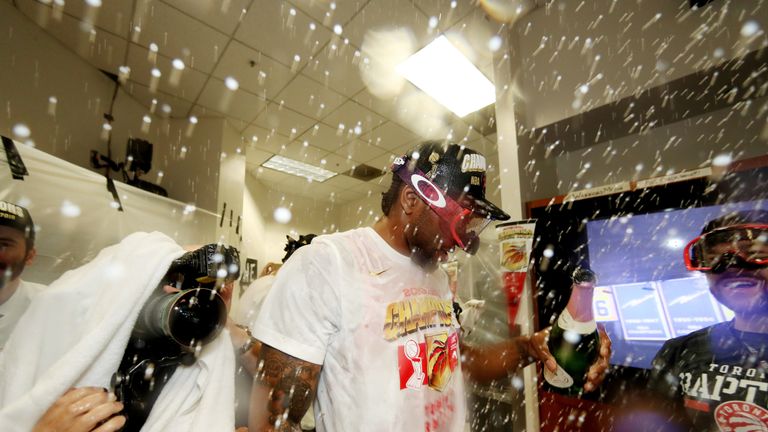 And he isn’t ready to give up on the dream of another title.

“We play sports to win, there’s nothing else. We can do all the dance we want, say whatever we want ‘rebuild, blah blah, blah’ … anything you do, you play sports to win. It’s that simple and we are playing to win,” he said.

Get NBA news on your phone

Want the latest NBA news, features and highlights on your phone? Find out more

And that’s what Lowry, a five-time All-Star entering his eighth season with the Raptors, wants, too. 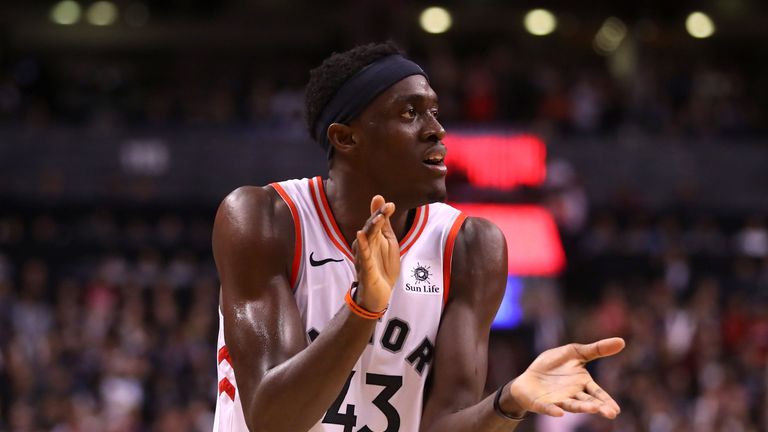 Image:
Pascal Siakam applauds his team-mates during the Raptors’ Game 1 win over the Golden State Warriors

The Raptors will be looking for Pascal Siakam to assume the status as the go-to player. Ujiri said Saturday that signing the 25-year-old to a long-term deal is a priority.

“I really don’t focus on that, to be honest,” Siakam said. “I don’t want to sound like I’m too humble. I just want to continue to get better and I think basketball will speak for it.

“If I go out there and ball out, then we can talk about it later.”

Want to watch the NBA and WNBA but don’t have Sky Sports? Get the Sky Sports Action and Arena pack, click here.