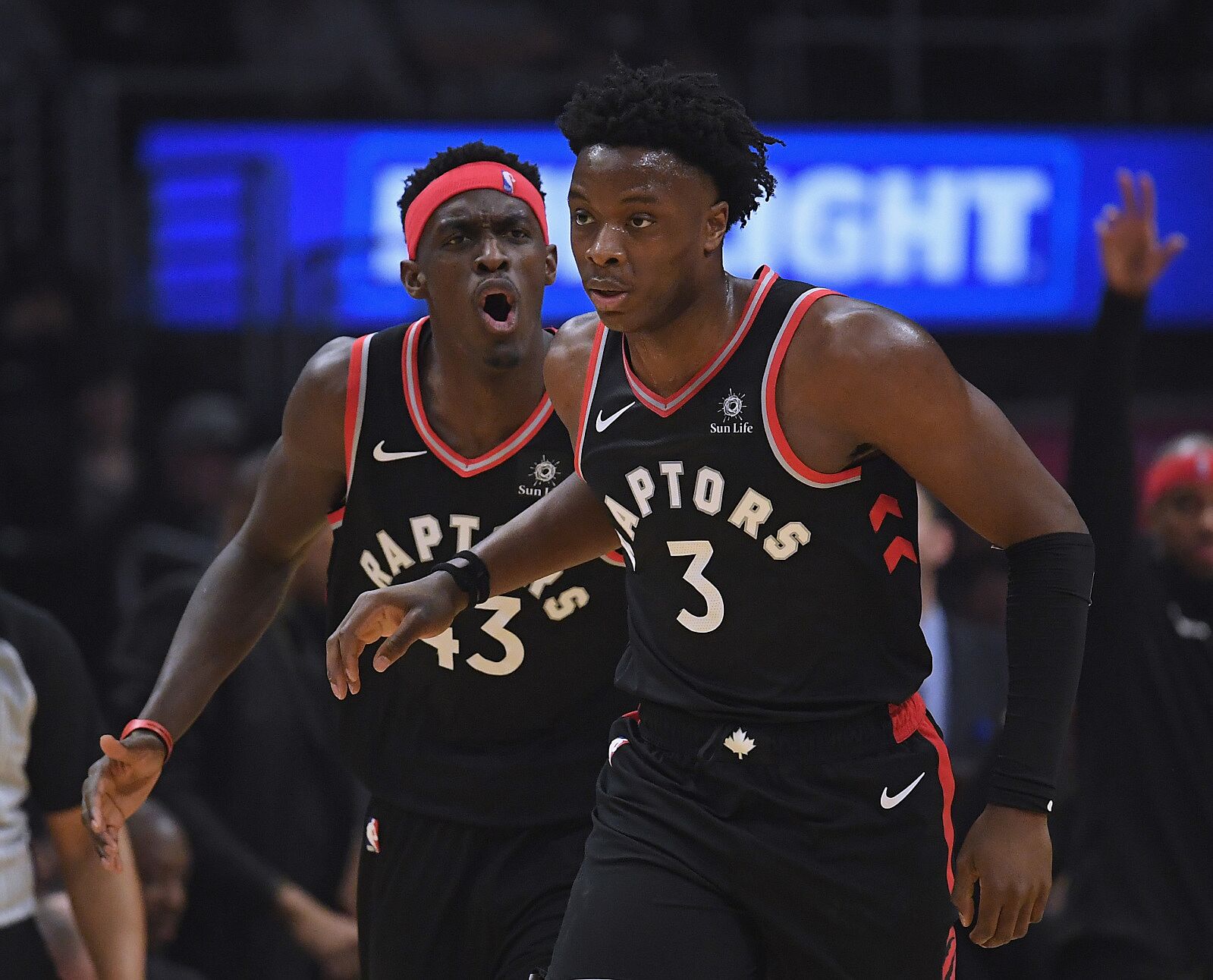 The Toronto Raptors were not supposed to be this good. After losing Kawhi Leonard and Danny Green in the offseason, the defending champs lost both Kyle Lowry and Serge Ibaka to injury early on. Still, Toronto has continued piling up wins despite the loss of two key members of the team’s regular rotation.

Without Ibaka, many felt Marc Gasol would take on an increased role, but Toronto’s starting center is averaging just 6.2 points per game in 2019-20. For his career, Gasol has averaged more than 14 points a night, but as a Toronto Raptor, the Spaniard is scoring just over eight points per contest. Despite his offensive regression, Gasol continues to play a big part in Toronto’s success.

But nobody has been more integral to Toronto’s early-season success than Pascal Siakam.

The league’s reigning most improved player is averaging 25.7 points per game, up from 16.9 in 2018-19. Along with Fred VanVleet, Siakam has carried the Raptors’ offence since Lowry went down with a thumb injury that figures to keep No. 7 sidelined for at least the immediate future.

For Siakam, his level of play in the early going has vaulted him into the MVP conversation. For Toronto’s $130 million dollar man, the road to the NBA’s most revered piece of individual hardware figures to be a long one, but to omit Siakam from such discussions is blasphemous. The fact is, the league has never seen a rise to prominence like the one Siakam is authoring:

Pascal Siakam last season: 29% of 3-point attempts came from above the he break. He shot 27% on those.

Pascal Siakam this season: 75% of 3-point attempts have come from above the break. He’s shooting 42% on those.

Besides No. 43’s status as a dark horse MVP candidate, the Toronto Raptors’ roster is filled with players that should contend for awards at the conclusion of this year considering what we’ve seen in the early stages of 2019-20.

Here are three Raptors that I see as award contenders: