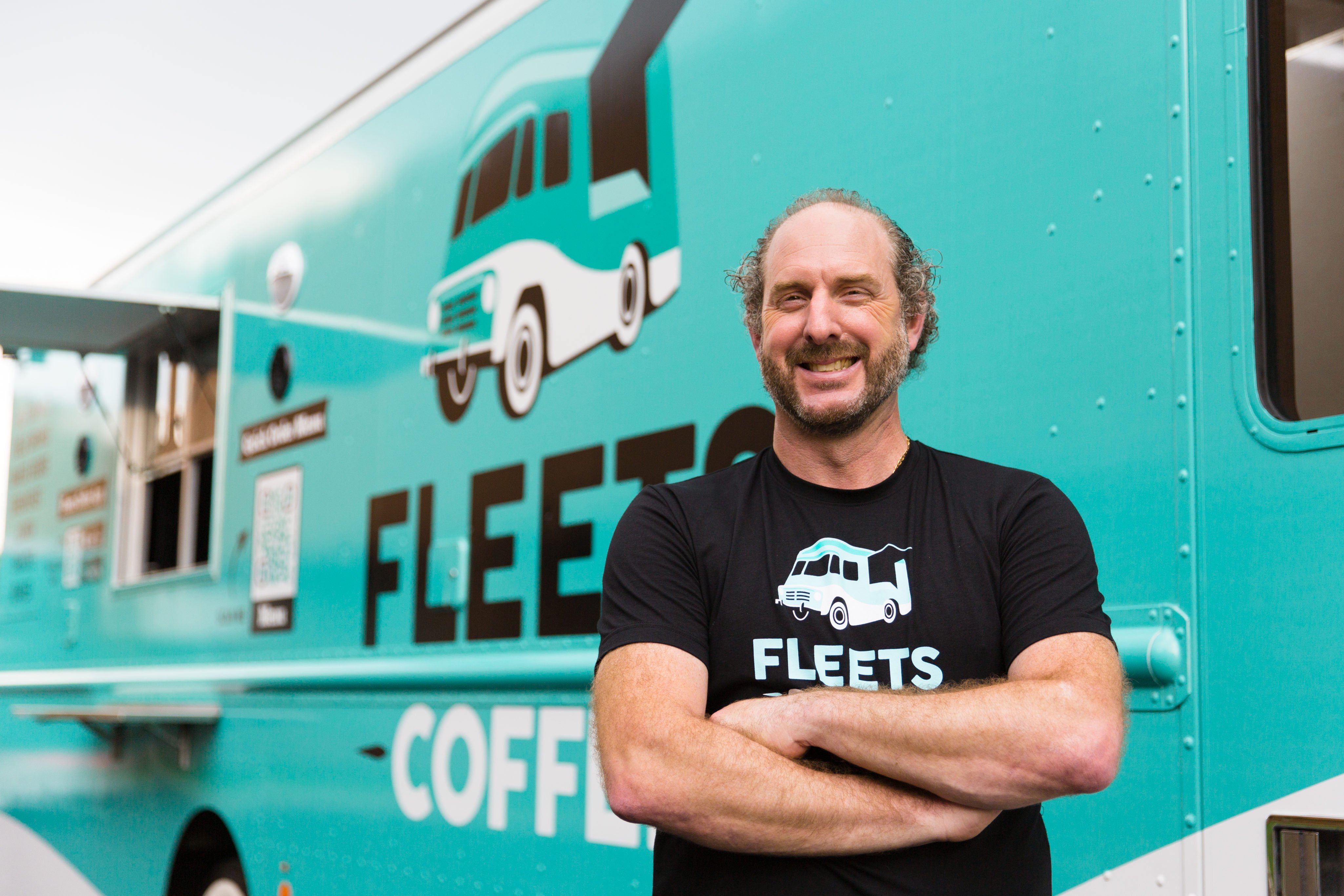 At the beginning of 2020, Kirk Tobias was gearing up to launch Fleets Coffee, the mobile coffee shop business he’d been working on for two years. Then the pandemic hit and wiped out his primary source of revenue. With a small fleet of decked out trucks sitting there with nothing to do, he decided to direct his assets towards the vaccine effort. Here’s how he did it.

—As told to Liza Agrba

“I came up with the idea for Fleets Coffee in 2018. At the time, I owned a tech company, and I was commuting weekly between Toronto and Chicago or Michigan, where our offices were. I didn’t have a lot of time, and yet I faced long lineups anytime I wanted to take a coffee break.

“When I sold the company, I started working on the idea of a mobile coffee shop that eliminates lines by using software to sync the readiness of your drink with the time of your arrival. We’d use proprietary algorithms that incorporate things like weather, traffic and the number of orders on the truck. Over the next couple of years, we did all the right things. We raised a lot of capital—it took $4.5 million to get this business off the ground—and I funded it on my own for the first 18 months. We planned extensively, but we didn’t plan for a seemingly endless pandemic.

“The business has two components: Fleet Commuter, which serves commuters in locations with heavy foot traffic, like GO stations, and Fleet Rover, which delivers to residential and low-density industrial areas. We have five trucks in total, and each one is outfitted with eight espresso heads, a huge coffee station, four fridges, one double freezer and two big ovens. We can put out over a thousand drinks a day. Early last year, we signed a deal with Metrolinx to put our trucks at GO Transit train stations. The plan was that our trucks would pull up at 6 a.m., customers would order through a mobile app ahead of time, and when they arrived, there would be no lineup or waiting. Your product would be ready, the exchange would be cashless, and you’d get on your train without losing any time.

“The plan was to have the trucks leave the stations at 9 a.m. when most of the foot traffic is gone and travel to residential neighbourhoods or lower-density business areas. Instead of people in those areas paying a delivery fee or driving for 15 minutes, we just pull up and make everything fresh on site, like an ice cream truck.

“The pandemic pushed our launch date with Metrolinx back from June 1 to August 31. For obvious reasons, foot traffic at GO stations tanked. We toughed it out for four months with them, losing money every day. Our business is very capital intensive, plus it costs a lot to operate. And we lost more than 90 per cent of our revenue with the GO trains. In essence, because of Covid, we never got the business off the ground. Even though we launched Rover in late fall last year, it wasn’t enough to backfill the loss of revenue from Commuter. Unfortunately, we haven’t had an easy day since.

“I have to laugh—you’ve got to laugh or you’re going to cry. We’re still bleeding cash; you couldn’t have engineered a worse entry into the market for us. We have five mobile cafés, and depending on the time of the month, two or three of them are just sitting there. That’s because it can be more expensive to operate them than to just let them sit, and I’m trying to conserve our cash.

“Meanwhile, our workers were at risk operating in the community and interacting with customers face to face. Our office—in an industrial area in Concord—is in a Covid hot spot, and our employees were there every day loading trucks. This was before they started vaccinating people who worked in hot spots—at the time, it only mattered where you lived. I tried to get the team vaccinated, but it wasn’t possible. It made me so upset.

“I realized that we needed a better solution. We needed to take vaccines directly into businesses. And I had these assets just sitting there. I decided I wasn’t just going to complain. I would put my money where my mouth is.

“In April, I posted on LinkedIn and tagged a bunch of government officials, including Doug Ford and Justin Trudeau. Our vehicles were 33 feet long, with four fridges and a freezer, and they could hold tens of thousands of vaccines, I wrote. “A team of medical professionals could ride along and help to stamp out Covid, one jab at a time.” I reached out to my network and asked to be introduced to public health units to see who wanted to use our trucks. I told everyone that we would donate the vehicles, drivers, gas and insurance. We could provide everything for free except the vaccines and the health care workers. 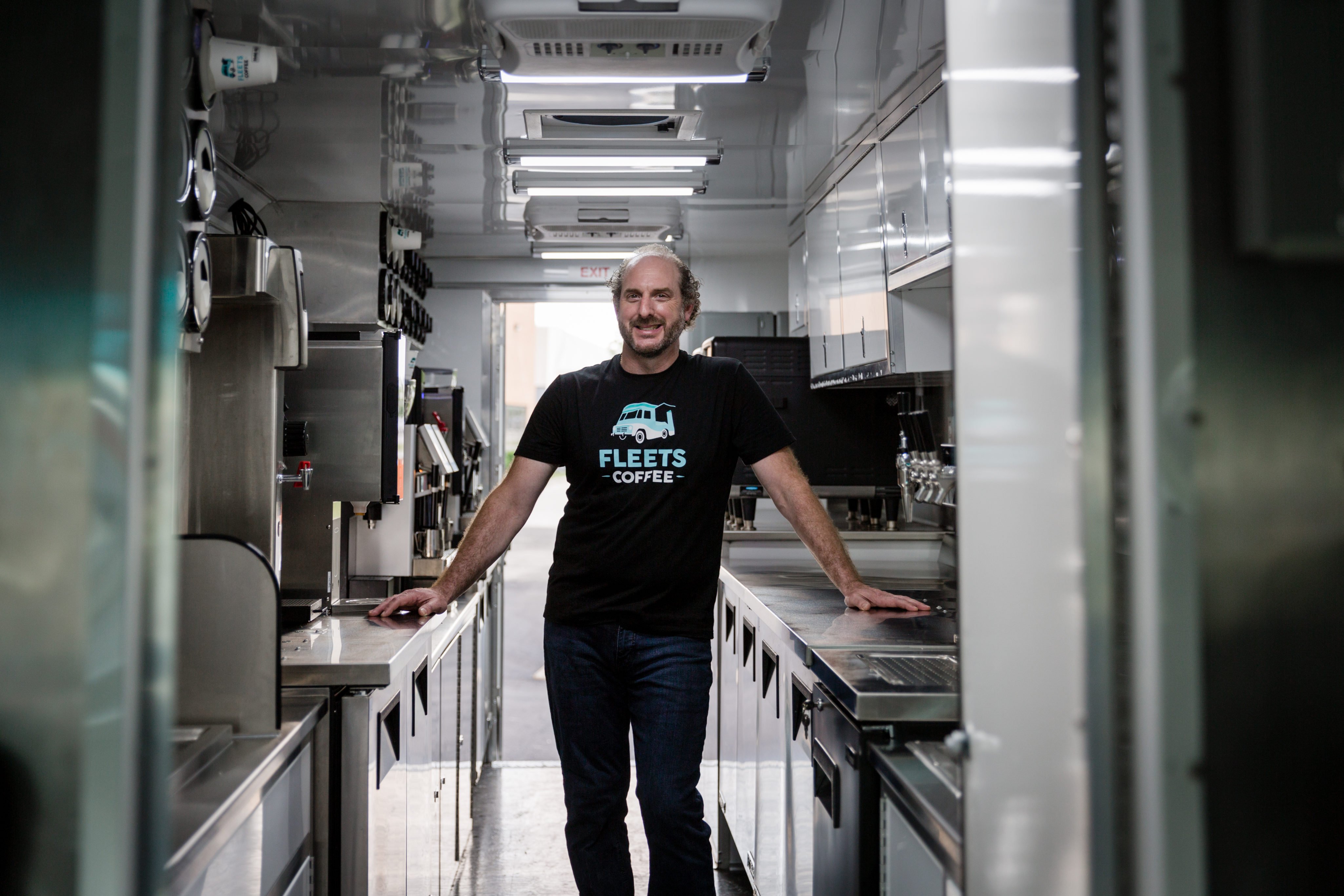 “It was difficult to get people to take us seriously. We had a lot of false starts. Eventually, I was lucky enough to connect with Rocco Rossi, president and CEO of the Ontario Chamber of Commerce. He believed in what we were trying to do and introduced us to some people at the Ontario Hospital Association. That’s how we met the folks at Michael Garron Hospital, who decided to partner with us. Three of our employees—drivers and coffee staff—would work directly with the Michael Garron team.

“The vaccination team consists of doctors, nurses, pharmacy technicians, and other supportive medical personnel. Because of the precise temperature requirements of vaccines, they don’t store them in our fridges or freezers. Instead, they put them in special coolers with their own thermometers and temperature controls, monitored by the pharmacy techs. But the trucks transport everything else they need: computers, needles, needle holders, antiseptics, and any other medical supplies. The trucks are perfectly clean, outfitted with stainless steel appliances, AC and proper lighting, so they’re perfect for transporting medical supplies.

“We typically meet with the vaccination team at Michael Garron’s distribution centre at 6:30 a.m. and load the trucks before travelling to a pop-up location. Michael Garron primarily works in the east end, in neighbourhoods like Thorncliffe Park and St. James Town. Aside from holding the supplies, the trucks are sometimes used as a private space for people who can’t bare their arms for religious reasons. They’re able to get the vaccine in a discreet area in the front of the cab.

“Our first pop-up was in a park at the St. Clair and Pharmacy area. The Michael Garron team had a large tent set up, with about 1,200 doses of vaccine to dispense. We arrived around 7 a.m., and I swear the line was more than a kilometre long. People had been waiting all night. I spoke to a security guard who had been on-site since the evening, and I could see the pain in his eyes when he said there were likely more than 2,000 people in line for 1,200 doses. We were both frustrated that people were waiting in line for so long, and that they couldn’t book an appointment through the regular system for a shot that could save their life. It added to the motivation I already felt to help as much as we could.

“A gentleman came up to our truck after being vaccinated. He wanted to buy a cappuccino, and I told him we were there to support the front-line workers, and we weren’t selling to the public. He told me he was a front-line medical worker and was getting his inoculation there, as he lived close to the pop-up but worked in Durham Region. I told him we would happily make him a drink but would not charge him and thanked him for his service. He was blown away by our gesture. ‘God bless you for what you’re doing,’ he said. ‘We need more people like you.’ He said he looked forward to ordering from us when we were delivering in his neighbourhood. It was incredibly rewarding to hear.

“We use one truck to do between one and four pop-ups a week. There are two types of pop-ups: mobile and fixed. In fixed pop-ups, we go to a hot spot area or outside a school or community centre, and people come to us. The team administers anywhere between 800 and 1,400 jabs on those days. In a mobile pop-up, they choose buildings known to have a lot of Covid cases, go directly there, and vaccinate everyone willing to get a shot. Those pop-ups administer 200 or 300 jabs a day across two or three stops. We love it because we know we’re the perfect solution for this kind of vaccine clinic.

“For fixed pop-ups, we’ve decided to use our resources to keep the frontline workers as caffeinated as they’d like to be. We donate all the coffee and our staff makes them lattes, cappuccinos, iced coffee—whatever they want. At one of our pop-ups, a lady approached our truck and asked if she could buy a round of coffee for all the front-line workers that day. When we explained to her that we had already covered the coffee, she got emotional about our contribution and asked if she could donate to us instead. We asked her to donate to Michael Garron Hospital. She said the world needed more companies like us, which made us feel amazing. 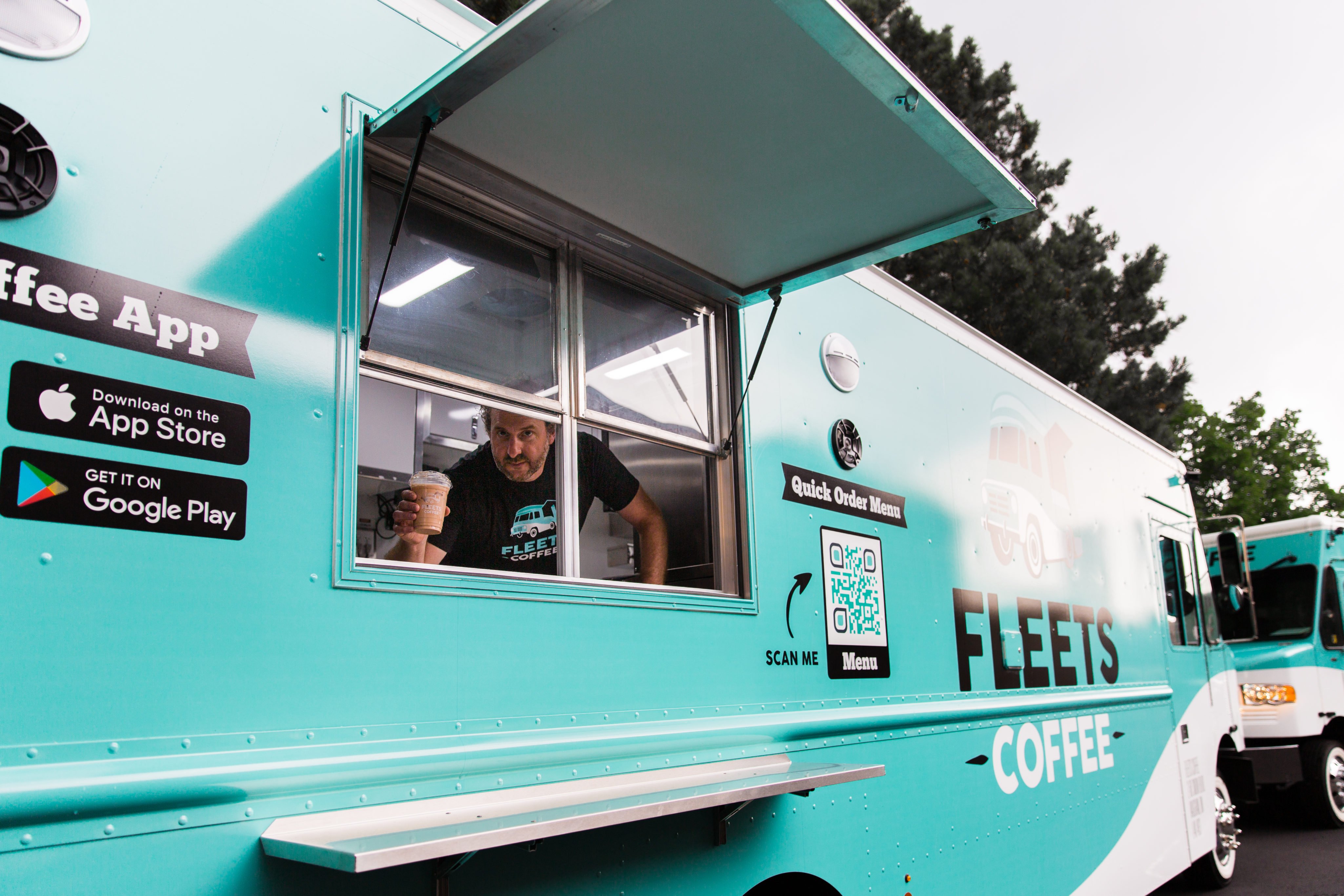 “In the past 15 months, at times, it’s been so difficult to find positive things to focus on. But every single needle we help get into an arm puts us one step closer to the end of Covid. I’ve attended six of the 13 pop-ups we’ve done with Michael Garron, and when I do, I almost feel like I’m walking on a cloud. Seeing how appreciative the front-line medical workers are is so emotionally rewarding, not to mention the people receiving the vaccines. This has been a huge light for me in a bleak, dark period.

“Right now, we’re working on a concept called Jab and a Java, where we would offer a free coffee to people for getting a vaccine. The idea is that a small incentive might help people overcome their vaccine hesitancy. Because we’re not in the best financial shape, we’re looking for a partner to help us cover the costs. We want to do something that’s a little bit fun, a little bit joyful. When you’re doing something good for yourself and your community, why not get a great cup of coffee out of the deal?”