The Toronto Raptors are on their way to Orlando Thursday but fan-favorite Fred VanVleet has Canada in his heart and on his mind. He ventured into the small business world a few years ago as he is one of many of the Raptors who have their own clothing line. Even though he isn’t in Toronto he is encouraging people to support small businesses in their community during the pandemic.

“I own my own small business so it definitely hits home for me,” VanVleet told CityNews from Florida. “I know what it takes to run a small business. I know the challenges that come with that, the hustle and drive that you have to have to keep up. It’s so important for me to spend, and to shop small. It’s something that I just live every day, it’s is something I believe in.”

VanVleet recently teamed up with American Express for their Shop Small campaign and even though he hasn’t been in Toronto in a few months, he wants to make sure the city is taking care of each other.

“That’s one of the things I love about Toronto’s is the small businesses and you know, it just gives the city a culture and a vibe. Because of the year that we’ve had 2020 hasn’t been kind to anybody. I’ve seen personally, how Canada and especially Toronto, come together, we saw last year when we won.”

“One of the most incredible moments of my life was that parade. And just the people celebrating so if I can try to get some of that energy going with the people and encourage people to shop small and to spend the money with businesses that they love. They can recirculate those funds and get the economy going and help people that are in need and these business owners, you know, have probably taken a big hit this year.”

There is one place, in particular, he has been missing in Toronto.

“I really miss my barber right now,” VanVleet said with a laugh. “Shout out to my barber Brian at Throne Barbershop, I’ve been missing him since I haven’t been able to be in Toronto for almost four months now.”

Before flying to Florida, the 26-year-old was in self-quarantine with his girlfriend and their two kids. He admits it was the longest he has ever been at home since he was a kid.

“It was nice. I was able to be there all day every day, every second. I got to help with the baths and the lunches and putting them to bed. We got a lot closer over that time which made it even hard to leave.” 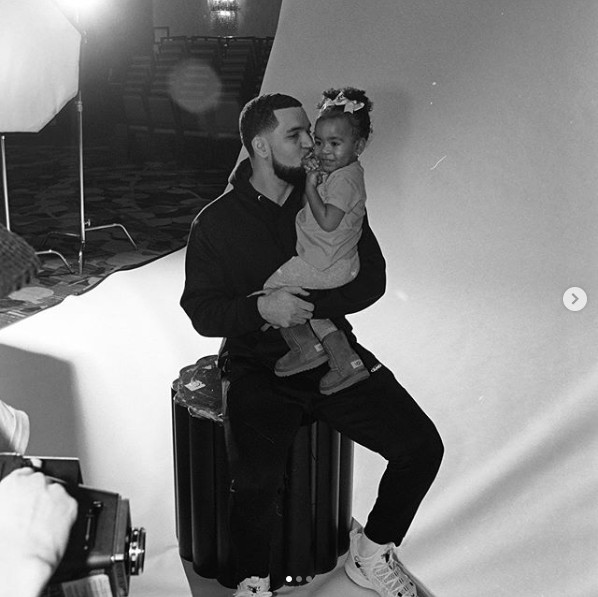 The Raptors were in the Fort-Meyers – Naples, Florida area for the last two weeks before immersing themselves in the NBA Bubble in Orlando, where they hope to defend their title. During that time his teammate Kyle Lowry didn’t speak to the media and no photos were taken of the veteran NBA All-Star.

“No comment, no comment, I can’t comment on his whereabouts,” VanVleet joked. “He’s here, no worries. Raptors fans will be happy when they see him lace-up with us.”

The Raptors will host the Los Angeles Lakers when their season resumes in Orlando on August 1st.

Gear up for the second half with these Toronto Raptors collectibles