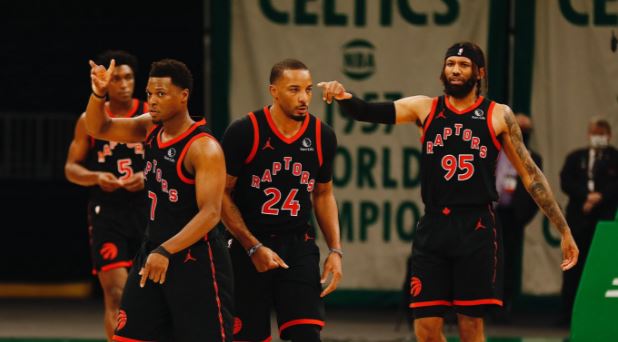 The High 5 is where I review the last week of Toronto Raptors basketball including how the team did, who were the impact players as well as some news and notes from around the league.

The Thumb – How was the week?

When covering the rigors of the season, it’s best not to get too high on the highs or too low on the lows. However, that says nothing about the anxiety, stress, frustration, or jubilation that may be felt in between. With the virus adding another unknown variable in the mix, its hard to predict what will come from week to week.

It was a surprise to many that the Raptors continued playing in spite of having a decimated roster. Then again, the NBA has been consistent with its intentions to get in as many games as possible, risks be damned.

Toronto rolled over in their first game but showed some fight in the second. Unfortunately, neither effort was enough to get the job done. The only positive was that with so many absences, Toronto’s coaching staff (what’s left of it) got a better look at their deep roster players and some of their Raptors905 call ups.

Toronto desperately needed this break to regroup for the second half.

With so many missing parts, Toronto started their most improbable lineup of the season, one which included Watanabe. Detroit is having a down year; they were also missing bodies and they don’t have a player like Lowry who can elevate teammates simply through osmosis. The wheels fell off early when Detroit caught lightning in a bottle. They blitzed Toronto and outhustled them to every loose ball. Toronto wasn’t down because of a lack of talent; this was a matter of effort. Even shorthanded, this was a winnable game. Raptors let one get away. Ugh.

The cards were stacked against the Raps on Thursday night in Boston. They were shorthanded, on a back-to-back and in the home of a fierce rival. Lowry picked up a double-double, Powell paced Toronto’s scoring and Boucher and Davis chipped in off the bench. The Raptors played with much more effort and pushed Boston even in the face of defeat. The Celtics had their number all season and with Toronto missing their big guns, this game was no different.

The Index – The Leader – Player of the Week 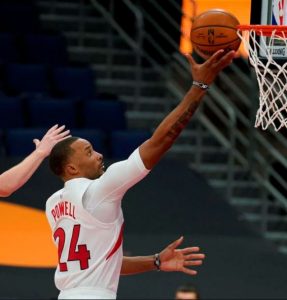 In a season of rocky waters, Powell has shined like a lighthouse in the dark. His jumper has never looked better and he has added wrinkles to his drives which makes scoring for him look effortless. Norm is playing for a contract and proving his value with each passing game. His light is so brilliant, that it can only lead to a brighter future.

Detroit took advantage of a flat Raptors squad with outstanding games from a handful of Pistons. It was too difficult to determine who the best opposing player was. Allowing any of the above-mentioned players go off for the numbers they did should be considered a source of shame. Two others scored 20 off the bench. Burn the game tape. 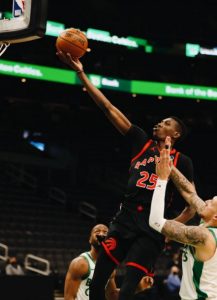 Boucher’s play has tapered off over these last few weeks, bringing him back down to Earth after a scorching start to the season. But on the right day, with the right matchup, he can explode for a career night. Though he could have grabbed more boards, Boucher was a bucket off the bench, he led Toronto in scoring. His high release point makes his 3-point shot one of the most difficult to block, and when he is hitting like he was in Boston, watch out! 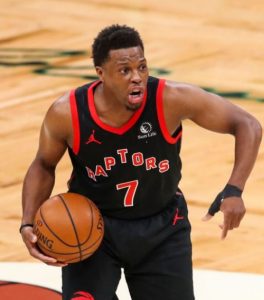 Lowry is doing his best to keep the good ship Raptors afloat but it’s obvious he needs support. As one of the leagues elder statesmen, it would be understood if Lowry took a step back, but his competitive edge would never allow it. This was no more evident than his game against Boston where he picked up a career high 19 assists. KLOE deserves to be mentioned in the same breath as the LeBron’s and CP3’s of the world.

Toronto begins their ‘second half’ of the season at home against the Hawks on Thursday. On Saturday, they travel to Charlotte to take on the highly entertaining LaMelo Ball and the Hornets. They close out their week against the upstart Bulls on Sunday in Chicago.

76ers Asking Raptors for a ton for Ben Simmons

OG Anunoby can’t be included in a Ben Simmons trade