When schools shut down for the first time back in March 2020, we were all like, Woohoo—no school! At the time, we thought it was going to be a couple of weeks… and then it was the rest of the school year. Going into Grade 12 in September, I was hopeful that things were going to get back to normal. I joined the Student Activity Council, the Performing Arts Committee, the Sikh Student Association. I did the hybrid model, but it wasn’t like normal school. Classes were smaller, and there was no lunchtime for hanging out with friends in the atrium. 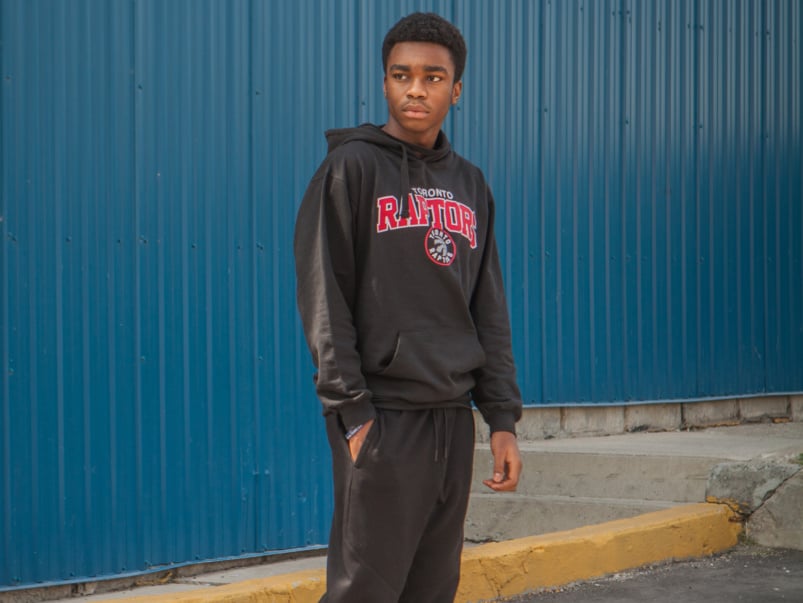 The hardest part for me was the lack of in-person contact. I love my family, but there’s only so much you want to see the same four people. I missed my friends. I even started playing video games, just because that’s how most of my friends hang out. I did have one social outlet—my part-time job at Baskin-Robbins. For months, my co-workers were the only people I saw. I guess there was a small risk involved, but they put in plexiglass dividers and introduced safety protocols. I loved having a reason to put on normal clothes.

My family lives in Brampton in the L6P postal code, which is apparently the Covid capital of Canada. I was worried about my dad, who is a police officer. He has mostly been behind a desk during Covid, but when he got promoted to sergeant in November, that meant interacting with the public, so we were super-cautious. For a while my dad and I would go straight to the shower when we got back from work. Normally, I just leave my uniform in heaps around the house, but I started bringing it to the hamper.

My mom’s three siblings live in the same area as us, and usually we’re like one big family—holidays together, big dinners at least once a week. We haven’t been all together since my cousin’s university graduation last July, when groups were allowed to gather outdoors. We were really good about following the rules. We didn’t get together over the holidays or anything. Then, in December, we let our guard down for one night to let my cousin sleep over. That’s all it took.

A couple of days after that, his mom told my mom that he wasn’t feeling well. And then the next day my dad started to feel sick too. We all went into isolation: my dad was in his bedroom, my mom was in the living room, my brother took over the basement and I was in the office. My dad tested positive right away. I was worried because he already has some breathing issues and sometimes uses a puffer, and I’d heard about ventilators being in short supply, so that was stressful. The rest of us tested positive a week later, but we were lucky—nobody had to go to the hospital. By that point, there was enough information out there to know that we just had to weather it. And we’re big Costco shoppers, so food supply wasn’t an issue. I definitely felt sick—worse than a cold or the flu—but nothing too dramatic. You know when you have a cold and you have phlegm in your throat? With Covid it felt like my entire body was covered in phlegm. I basically just lay on the couch for a week. My friends have always said that I have to watch Brooklyn Nine-Nine because I want to be a cop, so that’s what I did.

Because of my dad, the idea of public service has always been important in our family. I recently signed up to join the Canadian Army Reserve. Normally, the training camp would be over the summer, but that’s still up in the air. I also got my security licence and am about to start a new job as a security guard at Brampton Civic Hospital. I want to do something that will be good for my resumé, and working security at a hospital will provide some training in mental health and helping people in crisis.

Next year, I’ll start my degree in public administration at York. I’m excited for the school part, but even more for the fun. My parents asked the other day if I would consider doing school virtually, and I was like, “Heck no!” I can’t wait to start spending time with friends again.

Even more than prom or grad or any one specific thing, I’m sad that my class has missed out on the chance to say a proper goodbye. This has been such a huge chapter, and we never really got to close it. I had always imagined the spring of Grade 12, with university acceptances out of the way, just driving around with my friends, goofing off, making the kinds of memories that we would look back on when we’re all grown up with jobs and more responsibility. I guess we all had to grow up a little faster this year.