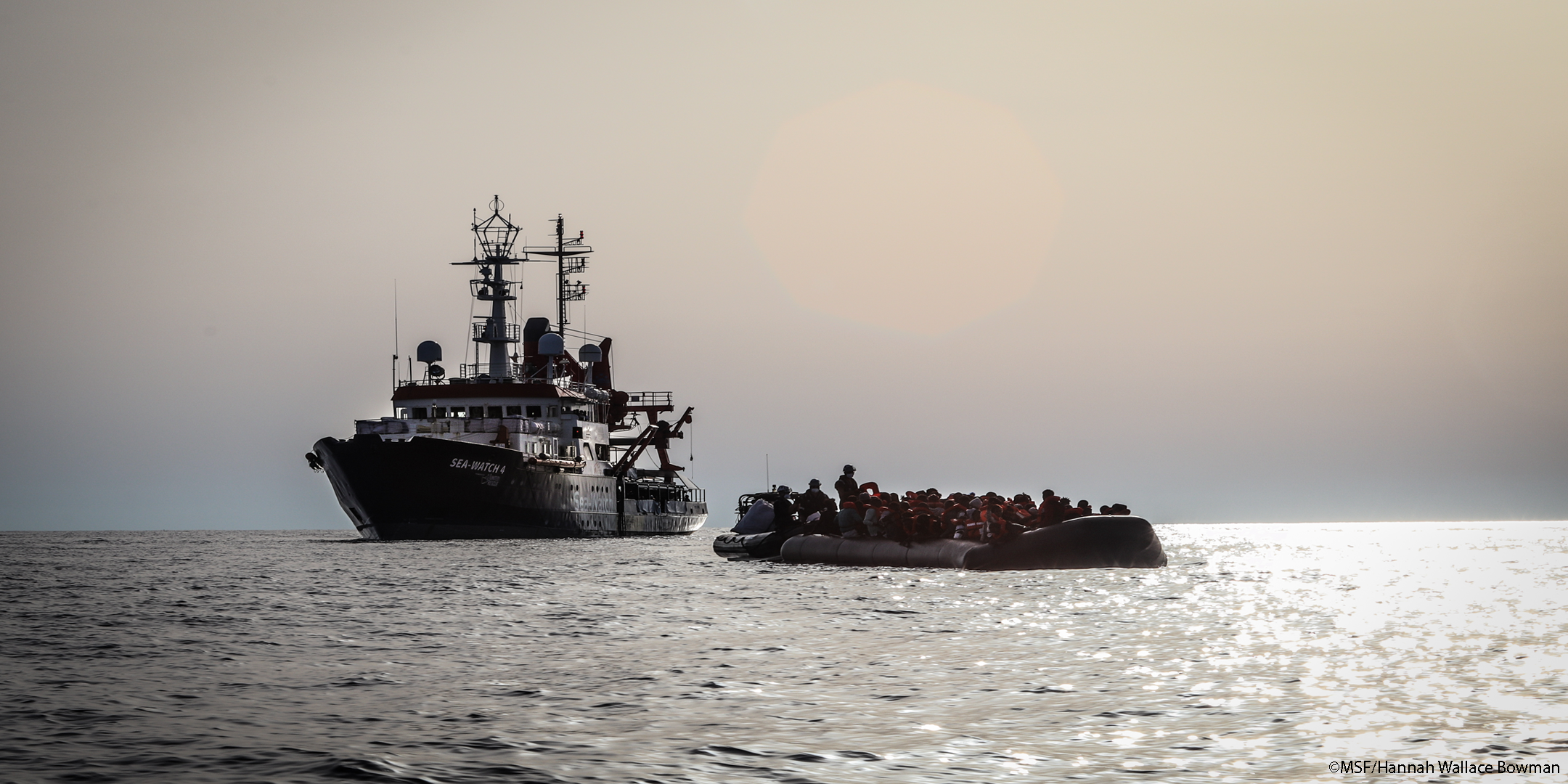 MSF’s search and rescue operations on the Mediterranean are one part of a broader response to provide dignified medical care to people on the move in this part of the world. MSF’s teams witness critical gaps created or worsened by harmful European policies that restrict people’s ability to access lifesaving medical care or that keep them trapped in dangerous situations. In recent months, despite receiving distress calls from rubber boats in their own search and rescue regions, Malta and Italy have been ignoring calls and delaying rescues in areas of the Mediterranean Sea that fall under their responsibility. Legitimate maritime procedures are also being manipulated and abused by Italian authorities to prevent rescue ships from saving lives in the Mediterranean. On Sept. 20, Sea-Watch 4 became the fifth aid ship to be detained by Italian port authorities in less than five months. The Sea-Watch 4 was only at sea because of the absence of state-led search and rescue capacity at the world’s deadliest sea border. MSF and other NGOs are simply trying to fill the deadly gap left by European states. Join Thursday October 8 from 1-1:45 pm to learn more about the current situation in the Mediterranean Sea, and MSF’s work to provide emergency medical care to those who need it most.

Tickets for the event can be found here.

The Stream You Step In