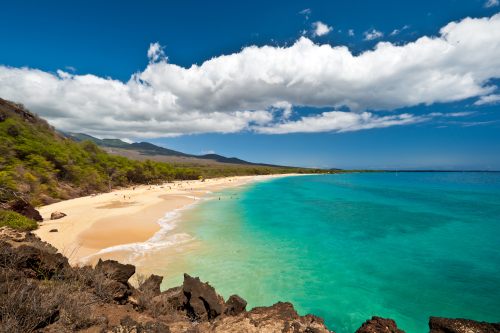 Air Canada has announced they will be offering direct flights from Toronto to Maui, Hawaii starting in December, for the first time.

Toronto to Honolulu (HNL) service will also resume in December.

Toronto to Maui (OGG) service begins on December 18th, on the Boeing 787 Dreamliner, and will operate on Saturdays.

Toronto to Honolulu (HNL) service begins on December 17th, also on the Boeing 787 Dreamliner, and will operate on Monday, Fridays, and Sundays.

In years gone by, Air Canada’s direct flights from YYZ to Honolulu have been available in the $500s roundtrip. It’s hard to say what will happen this year, as Hawaii will be one of the safest bets for travel, and likely in higher demand than usual, being one of the most vaccinated locations in the world.

– In July, Hawaii plans to start allowing vaccinated mainland U.S. citizens to visit Hawaii and bypass the current restrictions (negative test result for entry, which allows you to skip quarantine). Travellers need to have been fully vaccinated for at least 2 weeks.

It’s not known when they will allow vaccinated Canadians to do the same. Although last time around, when Hawaii introduced ‘bring a negative test result from an approved lab to skip our quarantine’, it seemed to take a few months before opening it up to Japan, and then Canada. So one could make an educated guess that this would become a reality by September.

– Currently, there are not any direct flights operating from Canada to Hawaii. They likely wouldn’t start again until the comment above becomes true and/or something changes on *our* side (such as removing the hotel quarantine restrictions, and/or removing/reducing the 14 day quarantine time when back in Canada).

Sometime well before December 2021 seems like a realistic timeframe for the above to become true, based on the way things are trending here in Canada, and in the U.S.

– Hawaii is already fairly well vaccinated, slightly more than the mainland U.S., with over 50% of adults vaccinated. The governor of Hawaii estimates they need about 700,000 more doses in arms to reach herd immunity, which they hope to reach by early July (although demand for vaccines is now dropping like it is in most of the U.S.)

– At the moment, a Canadian would need to connect through the U.S. to reach Hawaii and requires a negative test result to do so (as well as for entry into Hawaii to bypass their 10 day quarantine).

– A couple of islands (Maui and The Big Island) currently require a second Covid-19 test upon arrival (these will eventually be dropped for the fully vaccinated).

In a normal, non-pandemic year Hawaii receives about 30,000 passengers a day in the months of March/April. This year, as demand for domestic travel in the U.S. came roaring back starting in March, Hawaii climbed back from about 5,000/day in January to 20,000/day in March/April.
source: https://dbedt.hawaii.gov/visitor/daily-passenger-counts/

These were virtually all U.S. citizens, arriving with about the same vaccination levels we are at now. Between January and April 2021 Hawaii’s daily new cases have increased (50/day to 80/day) but their daily new deaths have remained very low (1/day).
source: https://www.worldometers.info/coronavirus/usa/hawaii/

Hawaii has been very cautious about opening back up throughout the pandemic. They’ve always had some of the lowest case rates in the US. They’ve required negative tests for entry and had quarantine requirements when no other state did (besides Alaska).

Hawaii feels they are more than ready to handle vaccinated mainland U.S. tourists without restrictions by July 2021 when approximately 53% of U.S. citizens will have had their first dose, a level Canada’s population will likely be surpassing by the end of this month.

For live discussion of this deal, or to get some amazing travel advice (about anywhere) from your 103,500 fellow passengers in Toronto, join us in the
YYZ Deals Facebook Group.
^^ click the ‘Join Group’ button when you arrive.