There are 30 teams competing in the National Basketball Association. 29 of them are based in the USA, while just one franchise exists outside the country. The Toronto Raptors are the only Canadian-based team in the NBA which also enjoys an extraordinary fanbase. But, there is a major inconvenience of the Raptors being in the association. What is it?

Before anyone else opened up about it, Raptors legend DeMar DeRozan broke the ice on the matter. What is the major disadvantage of being the only team outside the USA? Well, DeRozan played with the Raptors for nine years, and there is no better person to talk about it. 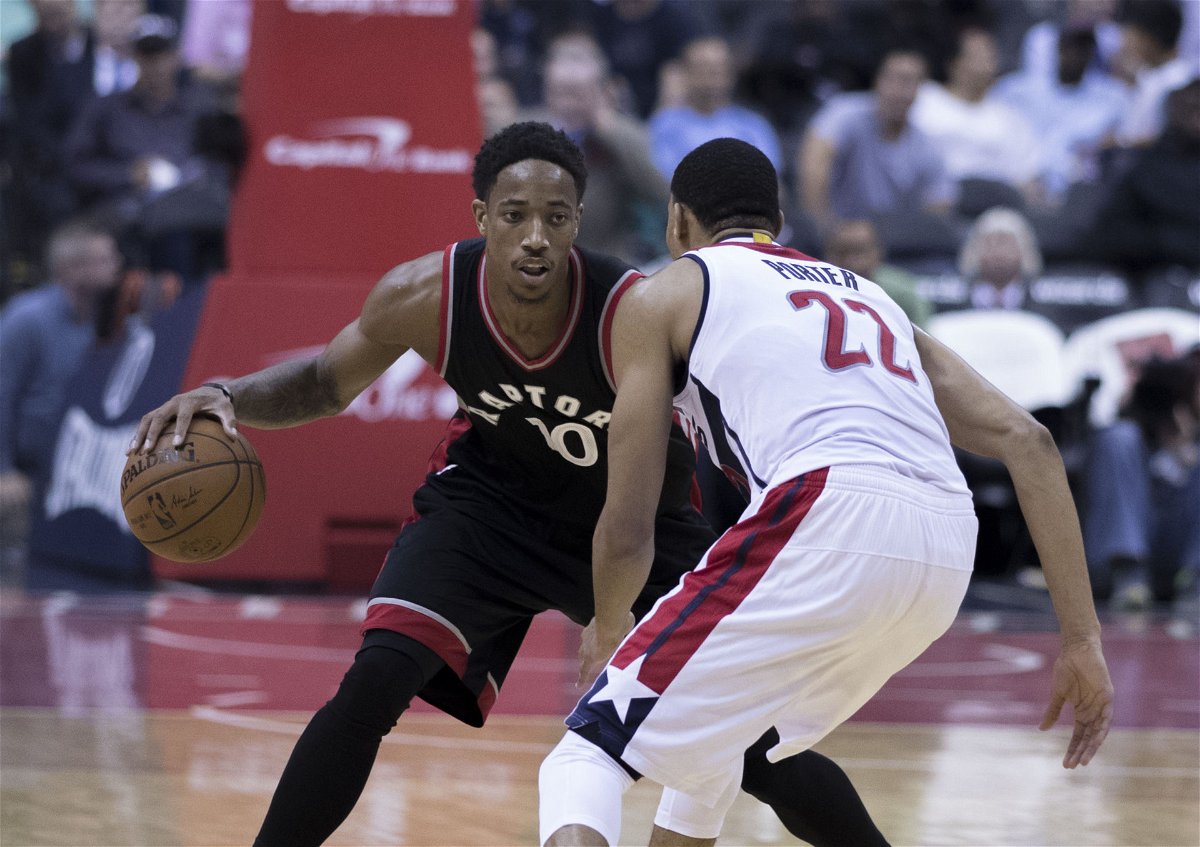 “I swear, I always just be confused. My whole time I was there I always used to be confused when like new guys come to a team and: ‘Yeah we gotta do this every time? What is this,’ like really complaining,” DeRozan said. “For me, it was all I knew. So it was like no, it’s not that bad like what’s the problem?”

Well, here DeRozan is definitely talking about a major issue that bothers the players. But what is it?

As we all know, the Raptors have the prestigious tag of being the only Canadian team in the league. This also means that they’re a separate nation that isn’t attached to the United States. Thus, in a hectic 82-game regular season, all travels the teams make within the country isn’t as tedious. But when the others play the Raptors, it becomes a headache.

Teams have to pass through the customs at the airport since it becomes an international travel. Even though they’ve come with the purpose of playing an NBA game, the athletes aren’t spared. DeMar DeRozan only realized how tiring this process is when he left Toronto and joined the San Antonio Spurs.

“When I went to the Spurs I said this this this must really be how the NBA travels, because I didn’t understand it until I went to the Spurs. How bad and terrible and frustrating that [ __ ] is to go through customs every single time,” DeRozan said on a recent episode of ‘The Old Man the Three’ podcast.

The 31-year-old mentioned how the officials at the airport urge you to be free of any colognes or liquid of any sort. “You go to TSA and if you got lotion, cologne, you got whatever any liquid: Out of there trash can,” DeRozan mentioned.

“You got to throw it away before you go through you in line with everybody else every like it’s the airport. It’s like a normal airport you got to do that every time.” DeMar DeRozan spent almost a decade in Toronto and is a local hero there. But he never really found customs to be a problem until he left the city and joined San Antonio!

Raptors still hopeful they can play games in Toronto next season, never had Louisville as option, per report

The NBA’s goal of a December return won’t be easy. Could the Wizards benefit from it though?