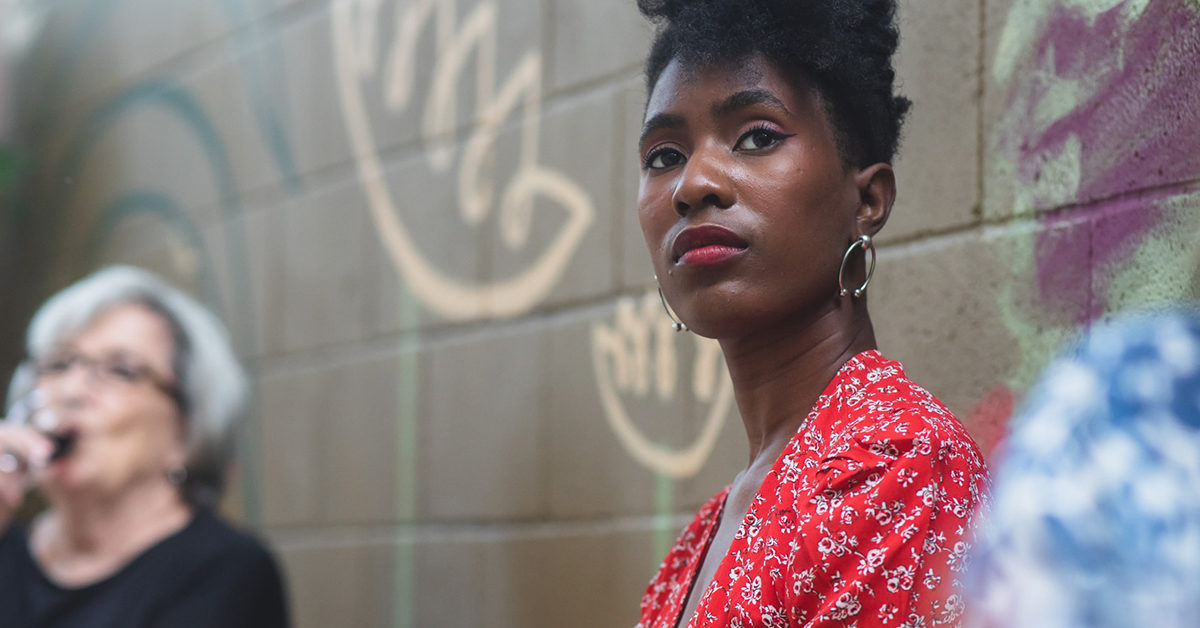 Toronto Life Insider is a membership club that connects you to the city. With your membership, you get an upgraded subscription to Toronto Life and FASHION magazine, access to cool outdoor patio events, invitations to workshops and one-of-a-kind cooking and cocktail masterclasses with Toronto’s most interesting characters, weekly giveaways from top brands—and more.

Originally from France, Romance Vlavonou is a translator and cultural enthusiast who joined TL Insider to further acquaint herself with Toronto—the city she’s called home for nearly four years now. We caught up with her to discuss how membership has kept her exploring during the pandemic and introduced her to new corners of the city, as well as some of the events she’s looking forward to.

What is it about Toronto that prompted your move to the city?

When I moved to Canada from France, I initially landed in Montreal. To be honest, even then I knew I wanted to be in Toronto. It is known as such a vibrant city with big opportunities, and it became a dream of mine to immerse myself in that. Once I finally arrived, it was love at first sight. I think one of the best things about Toronto is that you can jump from one neighbourhood to another and feel like you’re in an entirely different city. As someone who likes to explore, travel and discover new things, Toronto and I are a perfect match.

What attracted you to TL Insider?

Even when you have so much to explore, you can very easily find yourself in a habit of doing and seeing the same things. For me, TL Insider was a way to step outside my comfort zone and find new things with like-minded people. Now I’ve got a lineup every month of good art, fantastic food and curated events of my choosing.

How long have you been a member?

I’ve been a member for about five months now.

Are there experiences you’re looking forward to trying next?

TL Insiders get access to a lot of ticketed events across the city, like TIFF screenings. I’m excited to explore more of those as they become available. I’m also looking forward to ordering from TL Insider Chef’s Pantry and attending my first Serving Knowledge Supper Club.

How has TL Insider fit into your professional life?

What I love about the events is that they provide a space to network but in a very organic, informal way. In France, we don’t really have a word for networking, we refer to it more so as socializing, and this is exactly what I’ve experienced with TL Insider. I’ve chatted with other members in a fun environment, exchanged contacts and made real connections. Ultimately, I believe that food connects people, it allows for a relaxing environment where you can actually develop good conversation.

What are some of the standout events you’ve recently attended?

I went to the tequila-inspired BBQ on the Jump Patio downtown, which was incredible. I actually attended alone, and when we were seated for dinner, I was paired with another solo attendee. We really clicked and got to have a great conversation and have stayed in touch. It can be scary to go to events alone but this was such an easy place to do it and come out feeling really nourished from the experience.

The natural wine education hour at Grape Witches was another standout. I’ve probably walked past it so many times and didn’t think much of it. Getting to see their gorgeous patio and sip some natural wine, which I knew nothing about beforehand, was so, so fun. Both of these events were examples of how carefully selected the venues and experts that TL Insider brings in are. I was impressed.

Become a TL Insider this month for the special rate of $50 (regular price $95). Sign up here.

Pandora In The Box – NOW Magazine