In 2011, when Elissa Kline-Beber, director of student wellness at the York School, and her husband, Justin, a lawyer, bought a five-bedroom Forest Hill home for their growing family, the building inspector described it as “special.” 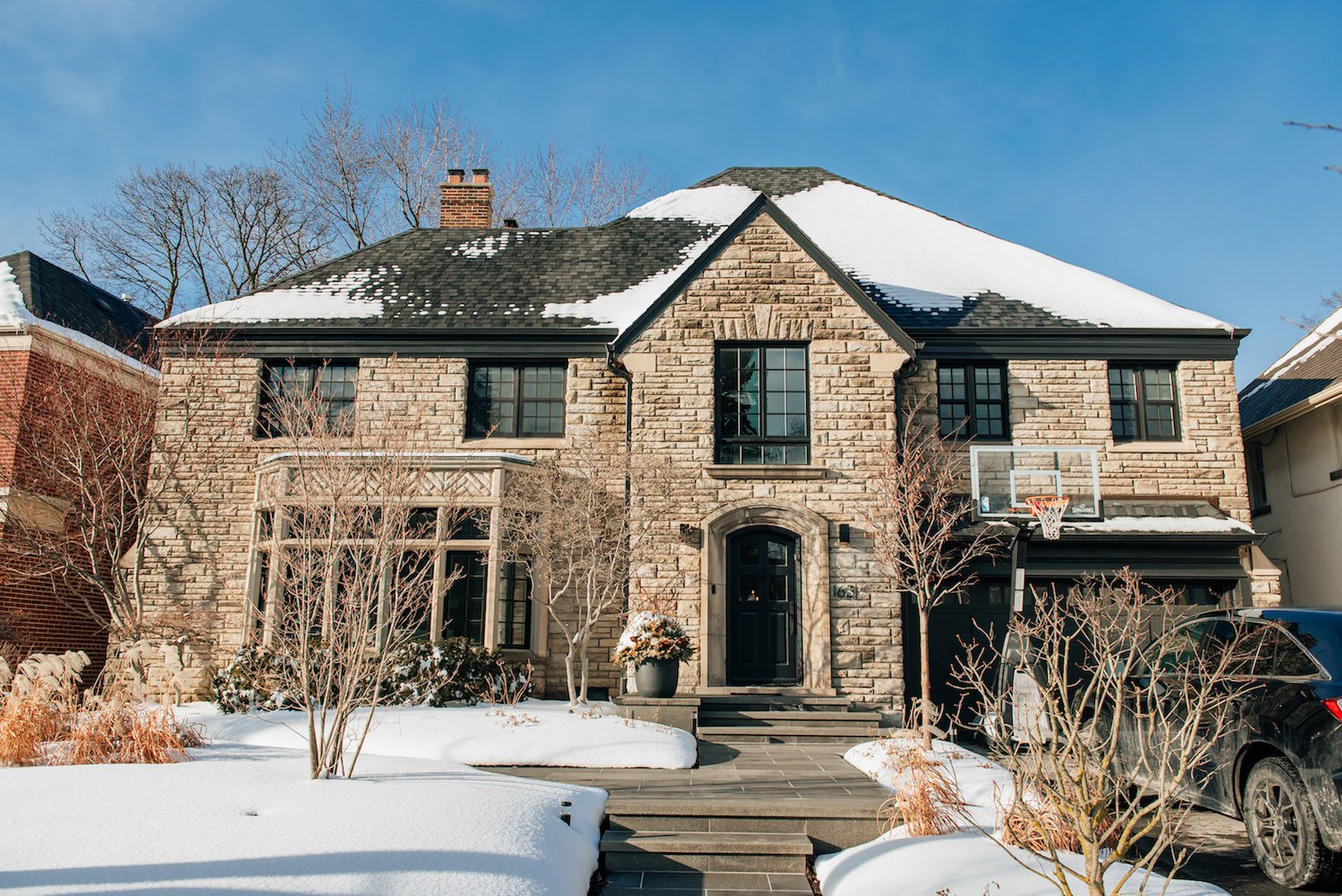 He was referring to its historical accents like elegant window trim and white-oak panelling, but the house was also falling apart. “It was so drafty near the windows you’d feel like you were outside,” says Elissa. “Every time something broke, Justin and I would joke about how ‘special’ it was.” Over the years, they tackled smaller projects like bathroom upgrades, but with four young kids, they held off on a major reno until they had a good sense of what they needed.

In 2019, Elissa and Justin hired Drew Mandel Architects to redo the kitchen, guest bathroom, salon and two bedrooms—a project that lasted eight months. They wanted to preserve the floor plan and some of the house’s original elements, like the marble front hall, the library and the fireplace in the living room, but modernize others with new furnishings and flooring.

The reno was finished in March 2020, just before the pandemic shut everything down, and the family has spent much of the past year hanging out together, cooking and listening to music. The boys jam out in the basement constantly: Justin and Samuel play the electric guitar, and Ezra plays the drums. “My only regret from the renovation is that we didn’t get the basement soundproofed,” says Elissa. 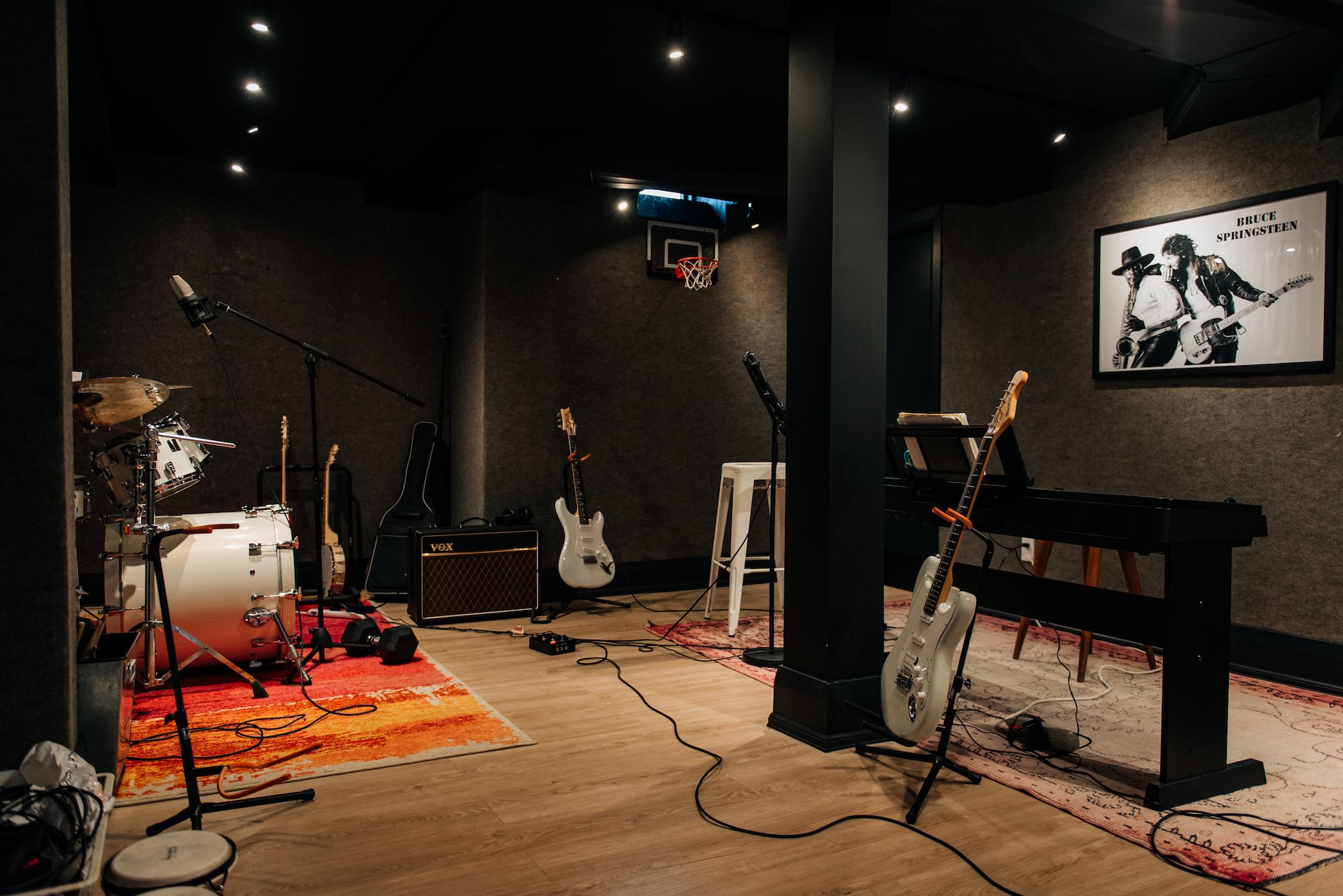 Justin and Elissa with their sons Isaac, 12, Ezra, 16, and Samuel, 22—and their Labradoodle, Wasabi. Jonah, 20, is currently away at Queen’s: 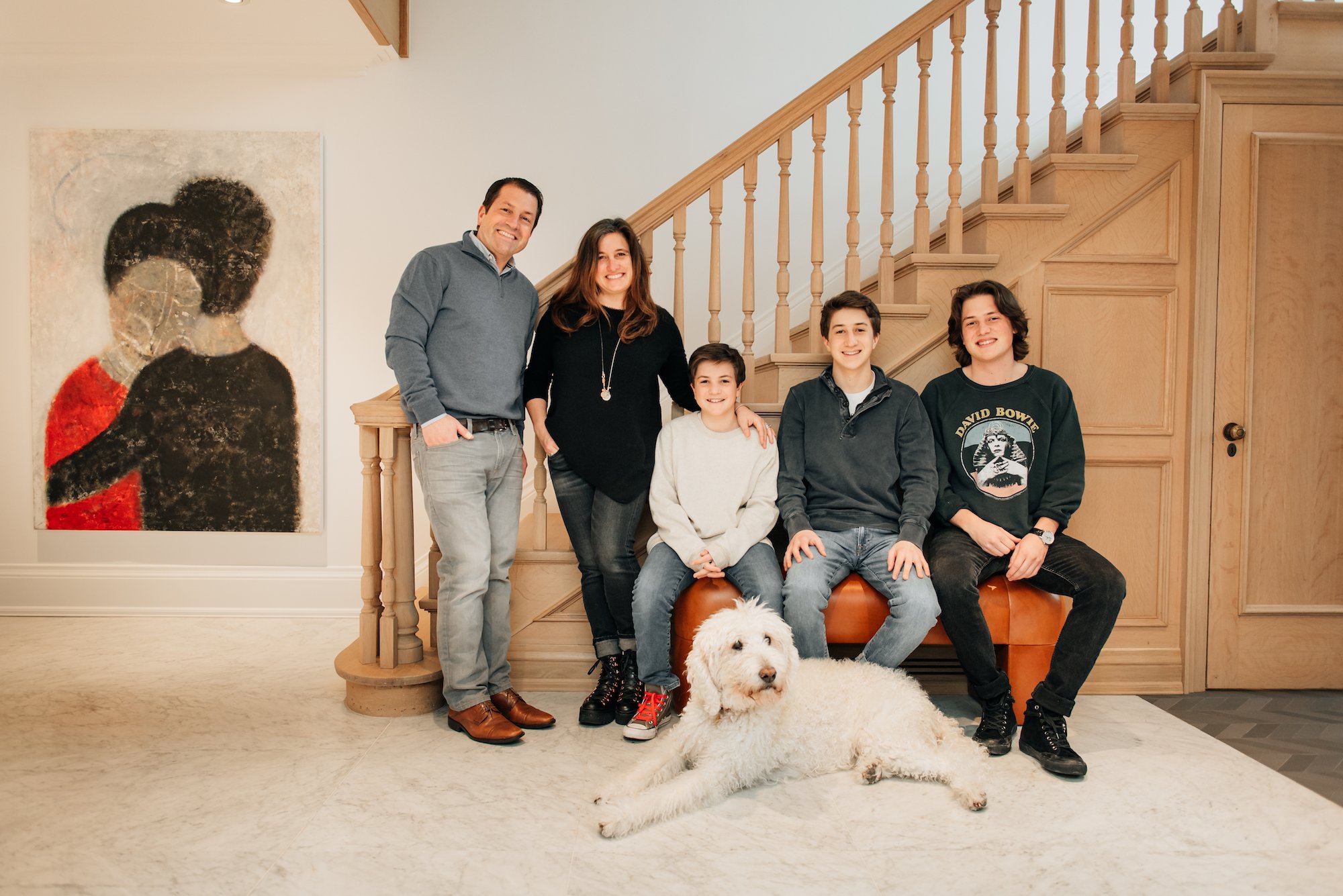 Elissa and Justin walled up the screened porch, transforming it into Elissa’s home office. “Before the reno,” she says, “the space was so frigid I’d keep food in there.” 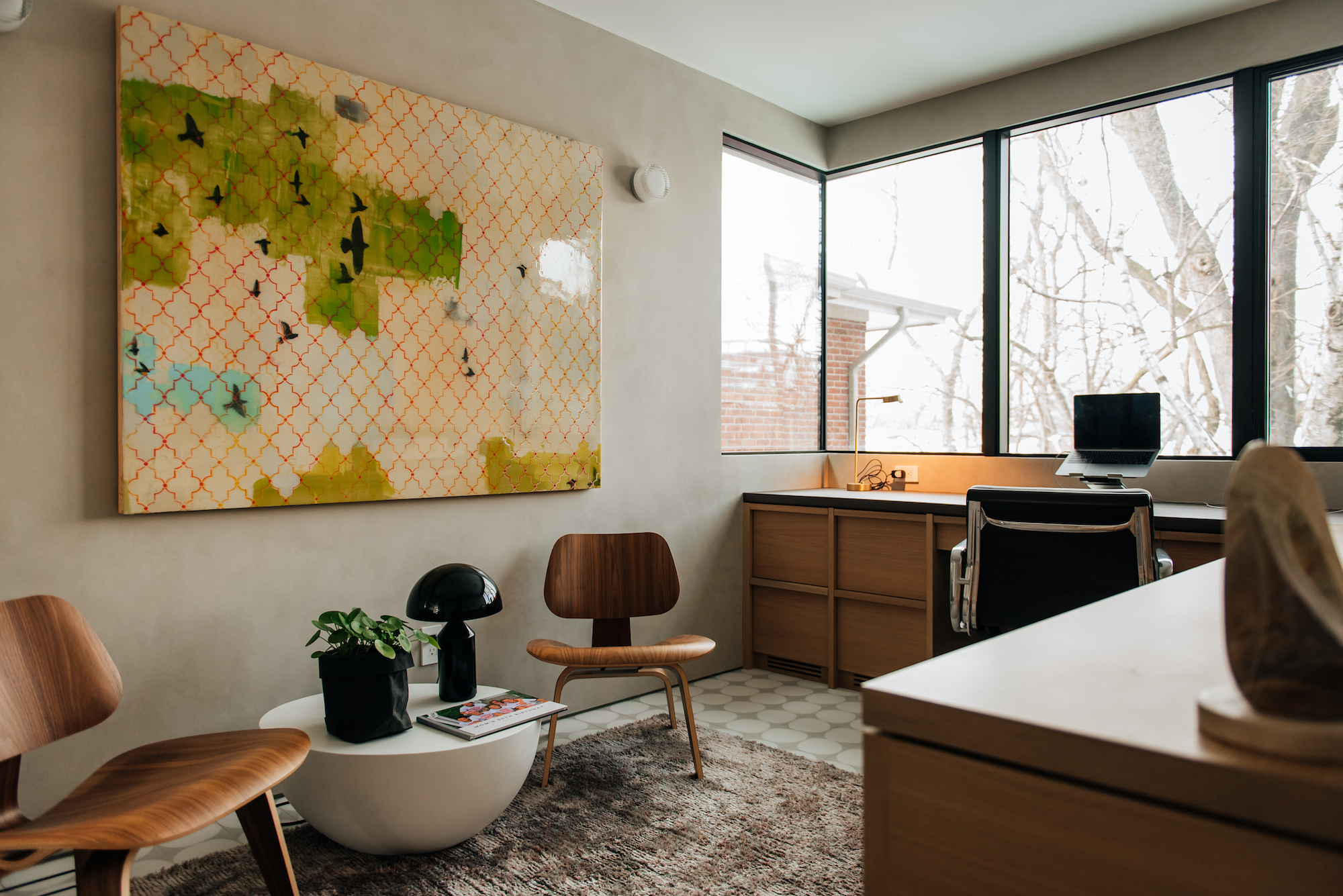 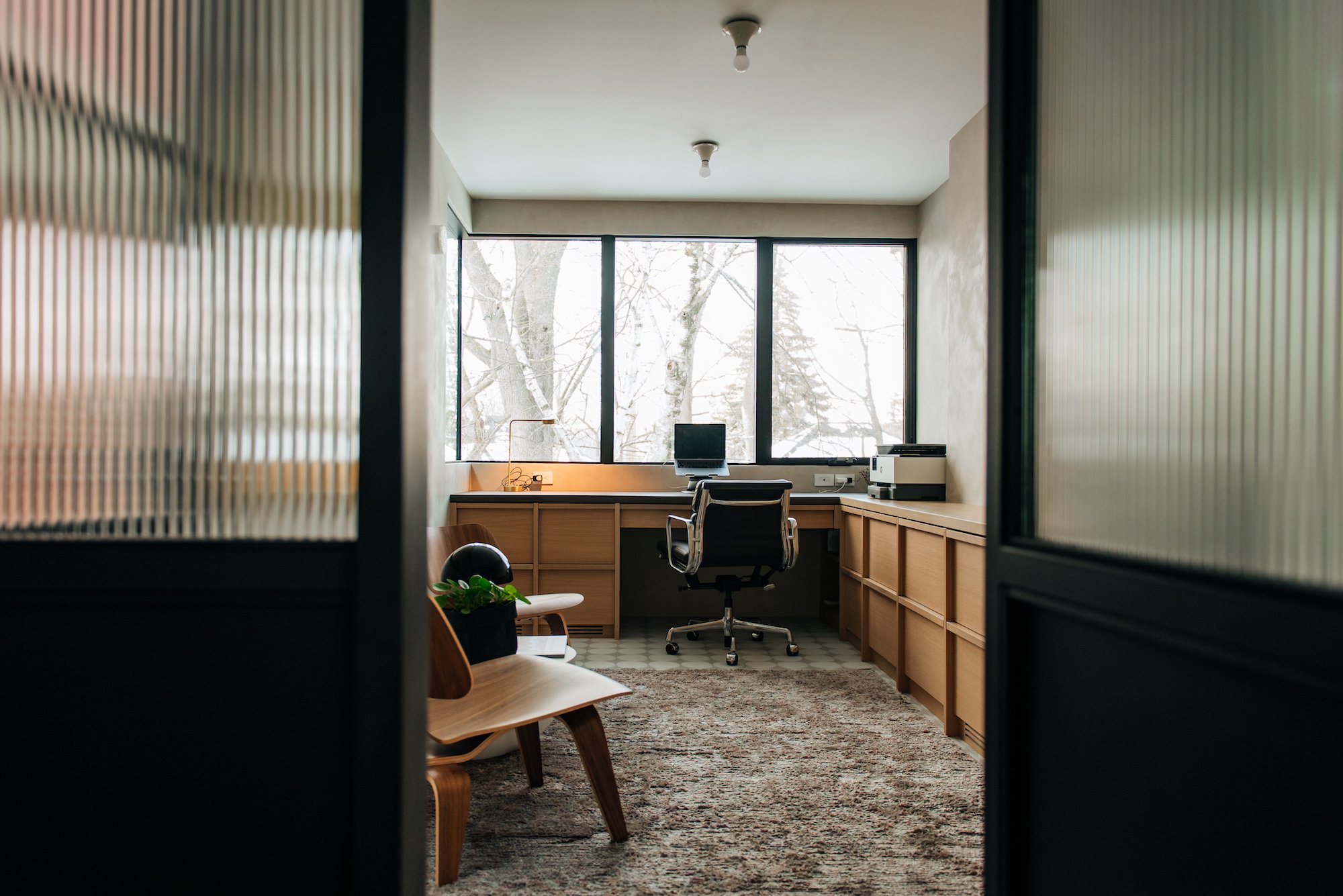 Elissa’s happy place is the library, where she can collapse into her Eames lounge chair to read. She just finished The History of Love by Nicole Krauss: 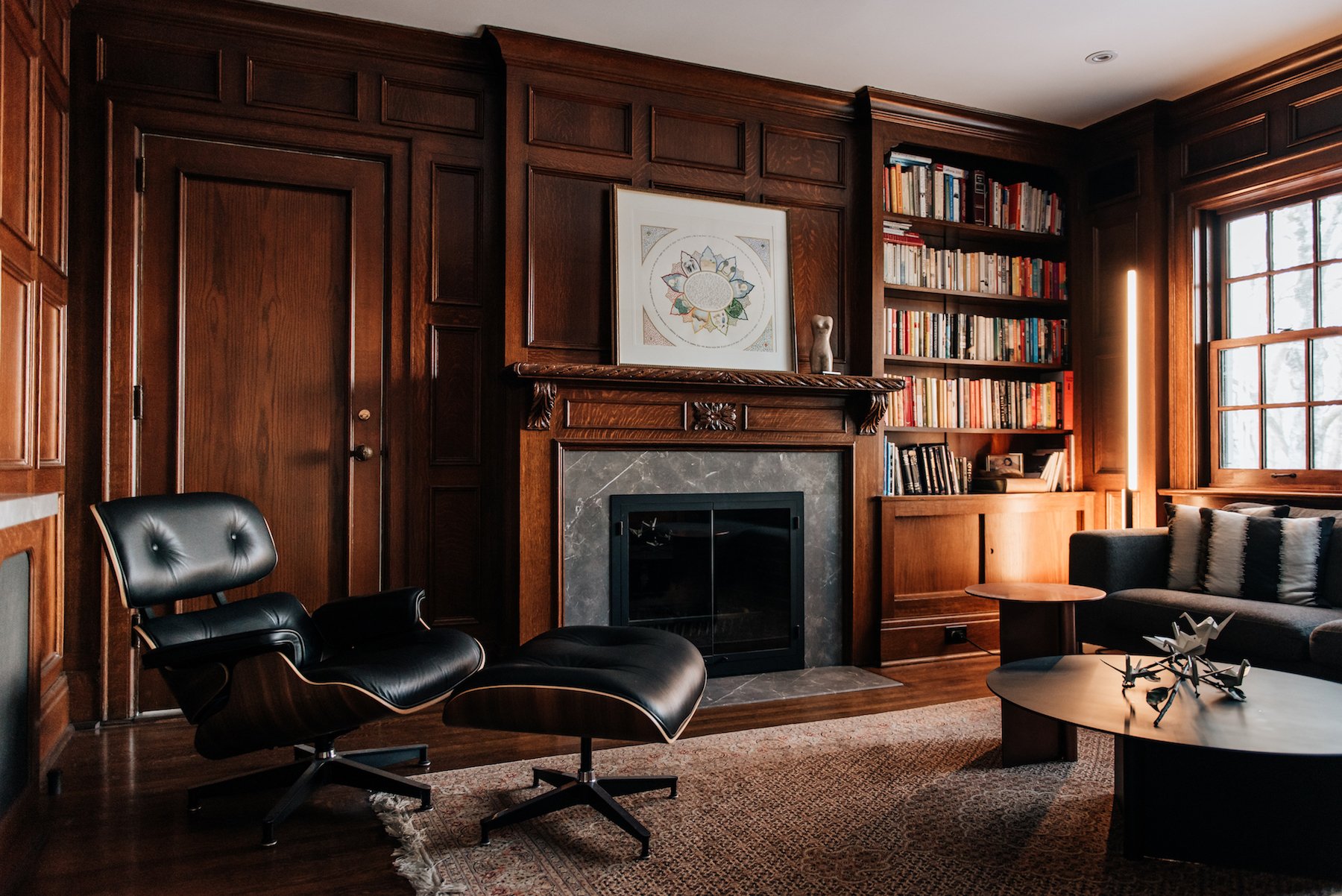 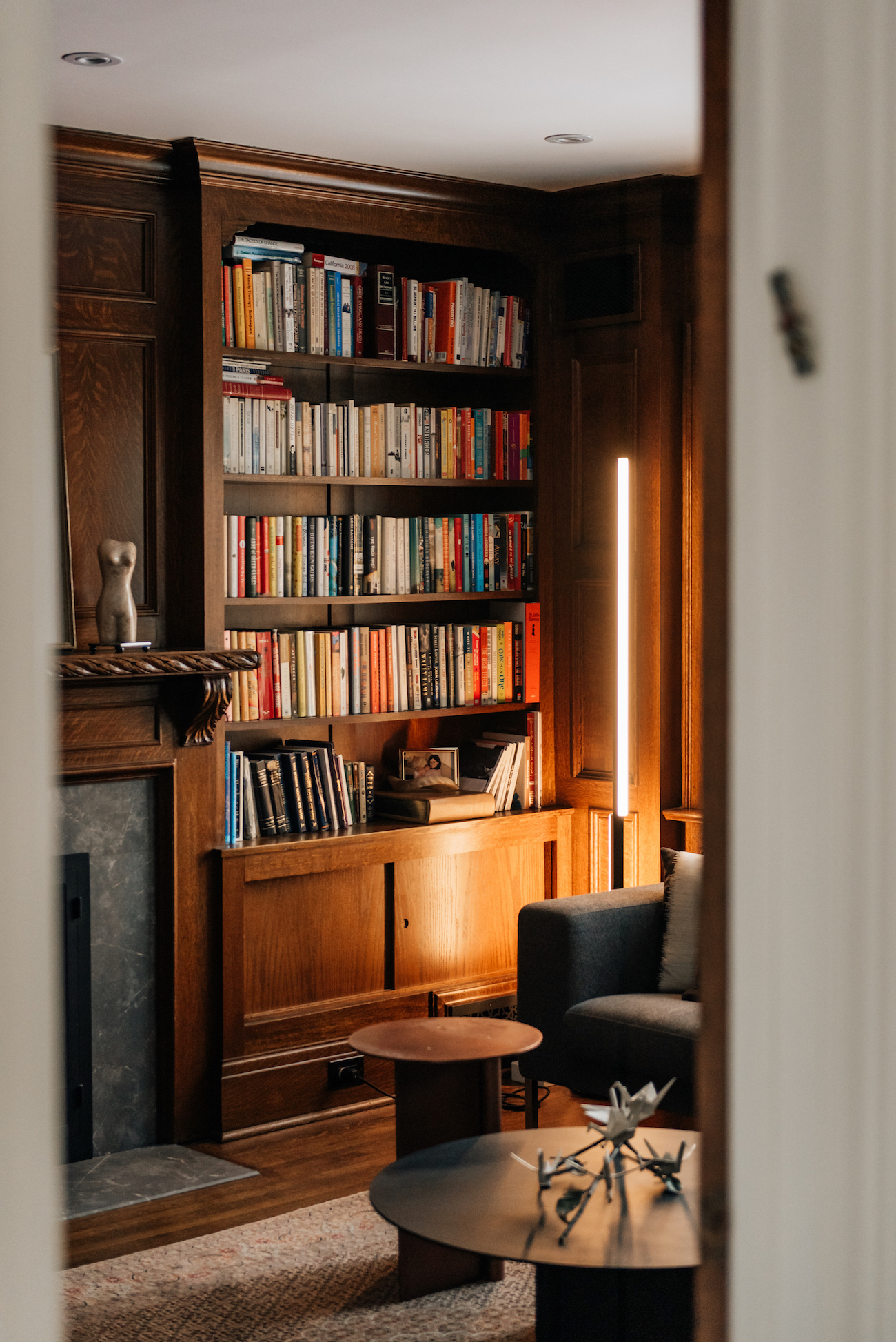 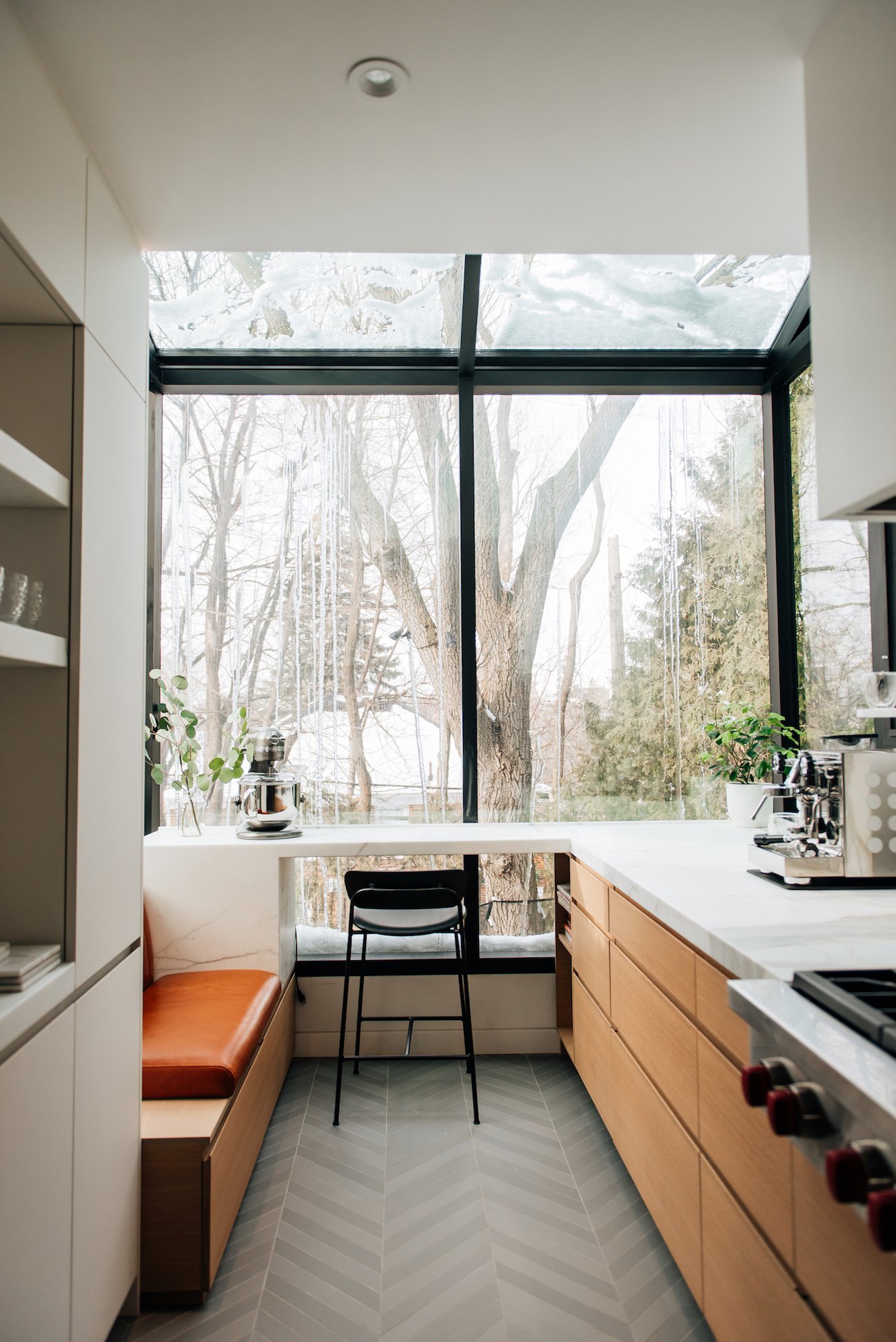 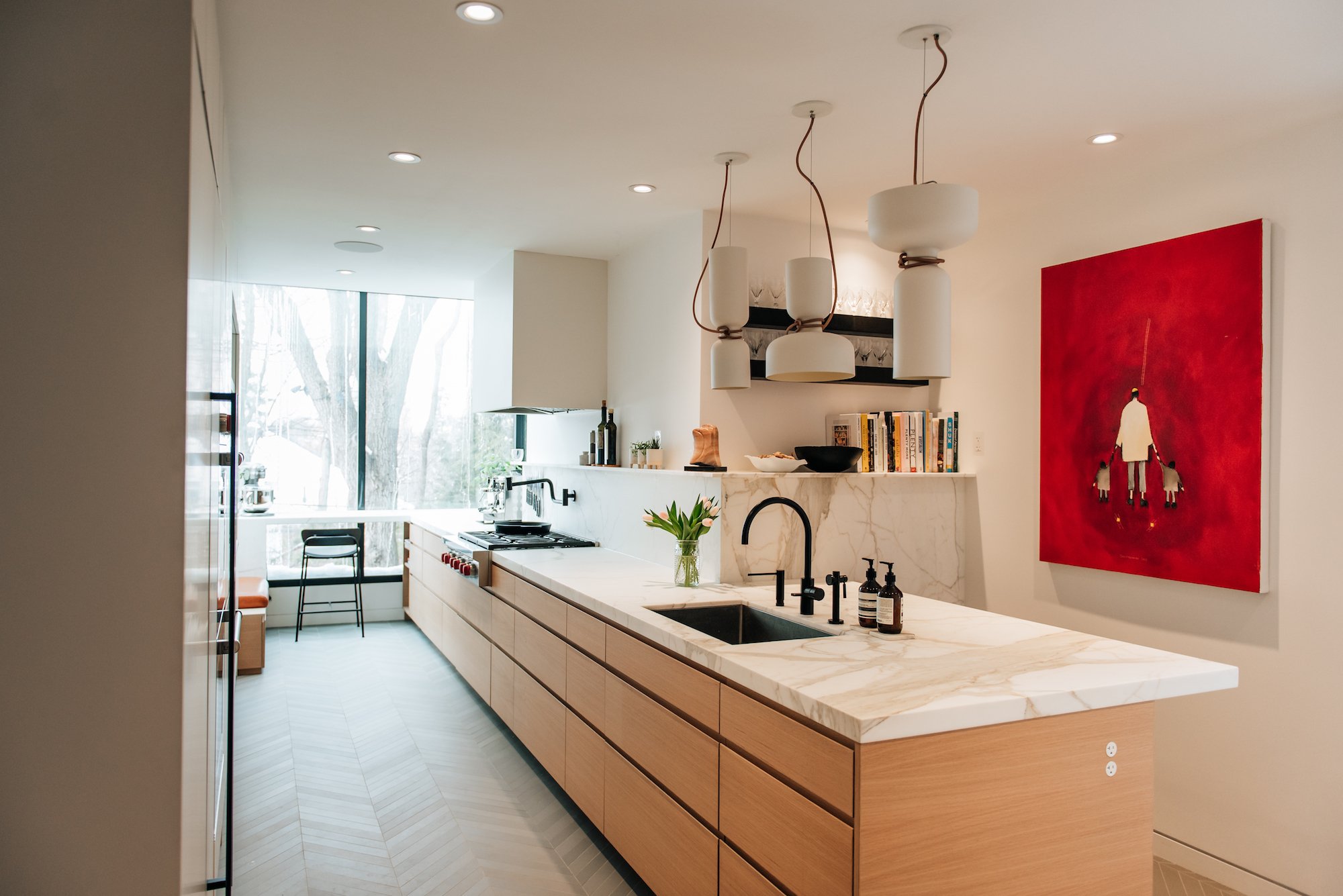 During the reno, workers stripped several layers of paint from the fireplace, then restored the dentil moulding and added a marble surround: 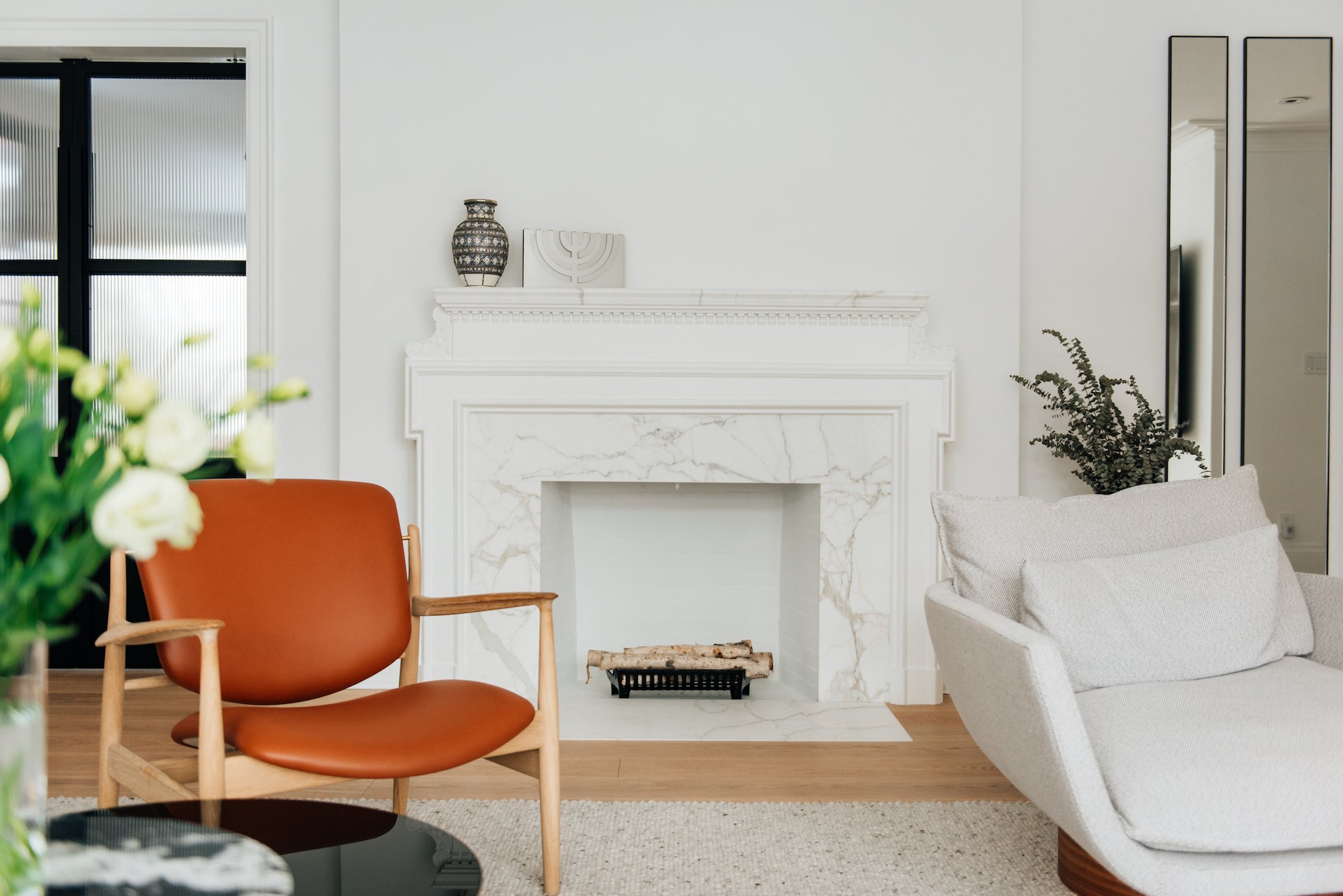 Elissa wanted to expand the kitchen but didn’t want to encroach on the dining room. Before Covid, they hosted their extended family for regular Shabbat dinners. “We had 17 people around that table about once a month,” she says. “We couldn’t lose the space.” 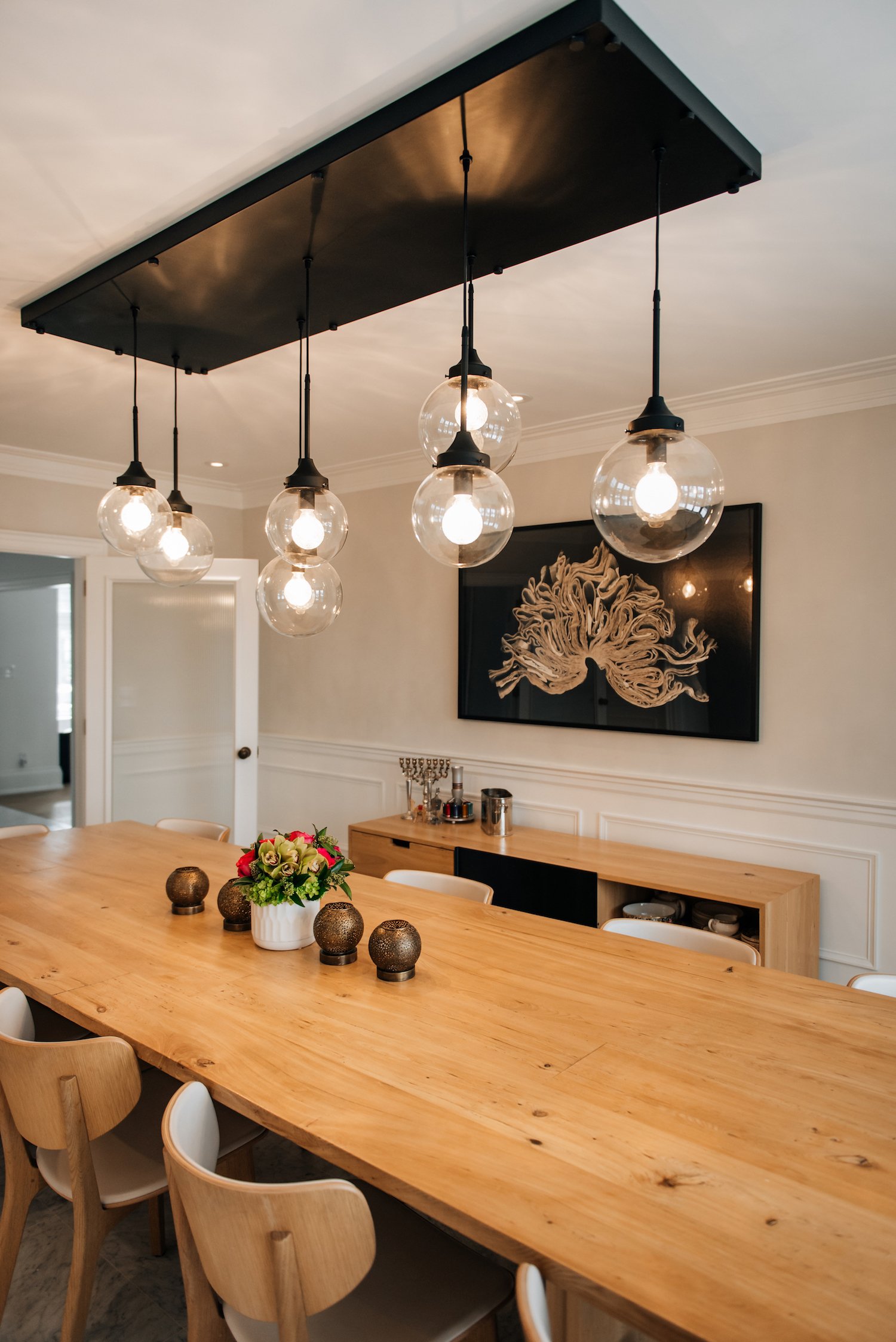 $3.9 million for a Little Italy semi with an elevator